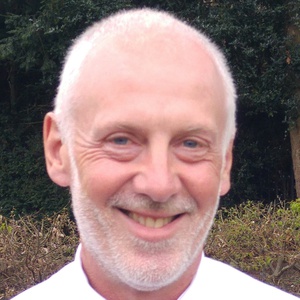 Ian Seeby was the British National Party candidate in Cheshunt South and Theobalds in the Broxbourne local election. Our volunteers have been adding information on Ian Seeby - here's everything we know so far!

IanSeeby is 55 years old and has lived in the Waltham Cross and Cheshunt area all his life and has campaigned on local issues in the area for 36 years.

If elected as one of your local councillors, Ian will work hard to ensure the Blood Testing Service at Cheshunt Community Hospital is protected. Many residents are very distressed about the possibility of having to travel out of Cheshunt for this vital medical service.

The new provider is as yet unknown, and the future is uncertain.
Other options include residents travelling to Chase Farm or alternatively, being carried out at local surgeries. The practicalities of those alternatives appear very difficult.

Travelling to Chase Farm involves difficulties for elderly and vulnerable residents, while surgeries are busy with patients and may not have the infrastructure to cope with this additional demand.

It is incumbent on NHS East and North Hertfordshire Clinical Commissioning Group (CCG) to allay residents’fears and make it a condition for providers to continue providing blood testing services at Cheshunt Community Hospital.

Ian has been campaigning for several months on this vital issue. Help Ian Seeby keep up the pressure by electing him as your British National Party councillor on May 2nd.

MAKE THE ANTI­-BREXIT TRAITORS PAY!
The self­-serving career politicians of Conservative, Labour and Lib Dems have all shown their true colours by attempting to crush Brexit! Prime Minister Theresa May clearly stated over ONE HUNDRED TIMES, that we would be leaving the EU on 29th March.

In the referendum of 2016, the electorate gave our political class a direct instruction to leave the EU.

As we all suspected, the political class were hellbent on sabotaging Brexit from the day after the referendum in defiance of the electorate.

At the 2017 general election, both Conservatives and Labour were elected on manifestos that promised to honour the referendum result.

Without a mandate, for the past 45 years, successive governments have signed us up to binding treaties that have tied us into deeper EU integration.

They crow on about democracy and the right for a nation to change its mind but can't wait to continue signing our future away to binding treaties that will lock us into the EU, preventing us as a country from changing our minds in the future.

They claim that it's too difficult to decouple ourselves from the EU refusing to accept that the patriotic British electorate put the long term aspirations and democratic freedoms before their short term economic interests.

You now have an opportunity to let the establishment politicians know how you feel by electing Ian Seeby on the 2nd May.

LOCAL PEOPLE FIRST FOR HOUSING
With approximately 1.2 Million Brits on the council housing waiting list, it's absolutely vital that we house British people first. Our BNP policy of halting any further permanent settlement of immigrants would help solve this housing crisis.

Local families with young children are having to live in cramped conditions. This is totally unacceptable.

This statement was added by Ian Seeby, their team, or by a Democracy Club volunteer, based on information published by the candidate elsewhere.

If you can add information that should be on this page - such as Ian Seeby's CV, email, twitter account - please use our crowdsourcing website to add it.

If you've received election leaflets from Ian Seeby, please take a photo of them and upload them to ElectionLeaflets.org