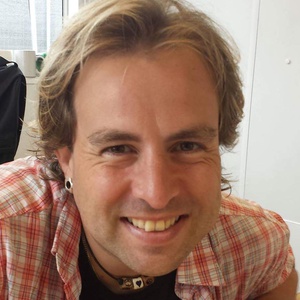 Tom Milburn was the Green Party candidate in Newtown & St Leonard's in the Exeter local election. Our volunteers have been adding information on Tom Milburn - here's everything we know so far!

The party's candidate page for this person
https://exeter.greenparty.org.uk/elect-tom-milburn.html
We don't know Tom Milburn's email address. Can you add it?

I first came to Exeter as a student and I’m pleased to say that I have now lived and worked here for 20 years and am proud to call Exeter my home. I’ve lived in the Newtown & St Leonard’s area of the city for around 15 years. I have been an election candidate for Exeter Green Party since 2009, standing for Devon County Council and Exeter City Council. Taking into account the changes to ECC ward and DCC division boundaries, I have stood for election in the Newtown & St Leonard’s area most of that time.

I have worked for a trade union for over 10 years (and before that I worked for the city council for 4 years) and have been a trade union member for nearly 20 years, and a trade union activist for nearly 15 years with many roles at local, regional and national level. I have been the Chair of Exeter Campaign for Nuclear Disarmament for nearly 15 years and have represented the Exeter area of the South West region on the National Council of CND for around the same period of time. I am passionate about social justice and environmental issues.

I love living in the city centre. The diversity of the population and the hustle and bustle is great. We can’t deny the importance of the university and the student population to the city, but recent planning decisions are leading to an over-saturation of student developments especially in the city centre. We should have a good mix of types of accommodation not an over-reliance on student properties, and we desperately need more social housing particularly in this area. The fiasco over the redevelopment of the bus station is another example - the city council should take the opportunity now to rethink the plans. We need a bus and coach station that is fit for purpose and “future-proof” ie one that will be able to cope with expansion in the future as we change our reliance on the car and people can choose to use public transport instead. We could also take this opportunity to create a public space that incorporates a market square that would be able to showcase the best of Devon food, drink and locally-produced goods. We don’t need more chain stores and overpriced boutiques and we certainly don’t need another cinema in the area.

The Labour Party on Exeter City Council have become complacent and don’t listen to the concerns of the residents of Exeter. The Conservatives don’t present a realistic opposition so we need strong Green voices on the council to challenge the wrong decisions that are being made. Our existing Green councillor has done a great job and I want to join him on the council to continue to change politics in Exeter for the better, to speak truth to power and stand up for the common good.

This statement was added by Tom Milburn, their team, or by a Democracy Club volunteer, based on information published by the candidate elsewhere.