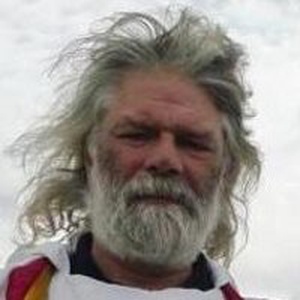 Arthur Pendragon was an independent candidate in Salisbury in the UK Parliament elections. Our volunteers have been adding information on Arthur Pendragon - here's everything we know so far!

VOTE FOR A CHANGE

“They’re all the same. Doesn't matter who you vote for”

Half of us don’t even bother to vote
Bums on seats that’s what it’s all about, so get yours down to the polling station on Election Day and vote for me and I promise you one thing I won’t be, is the same. Or do what you usually do, sit at home and play no part in the electoral process. Do that though, and don’t come moaning to me or anyone else about the way the country’s run.
You’ll get what you deserve.

You want a protest vote, fine. You want someone to stand up in parliament and tell them we have had enough, fine.
You want a people’s champion, fine.
Vote for me.

You want more of the same-vote for anyone else or do what you normally do, don’t bother.

They will all tell you that only they can sort it, that their party is better that the others and that they will do a better job.

Me, I tell you now, I haven’t got all the answers, but I promise you this, I might not be better but I can’t possibly be worse.

WHY INDEPENDENT FOR SALISBURY?

Only an Independent will support a good idea or oppose a bad one in Parliament, irrespective of any party policy.

Martin Bell has shown us that you do not have to be a Party
or a ‘yes man’ to make a difference.

If you want Salisbury to have a voice in Westminster,
I’m your man.

If elected, I will hold my surgeries on our streets, at markets, car boot sales, pubs, clubs and shopping centres, making him more approachable than any of our current MPs.

An Independent does not subscribe to any Party’s policies; he or she will fight for what they know to be the wishes of the electorate.

I will make it my business to find out what you want, and as an Independent would not be tied to any Party Whip as to whether I support it or not.

rthur, if elected, would represent YOU not this Party or that, and only Arthur as an Independent will ask the government, whoever controls it, the awkward questions that no other opposition member can. A peoples (not a party) champion

Only Arthur Pendragon can fight for Salisbury with an Independent voice

This statement was added by Arthur Pendragon, their team, or by a Democracy Club volunteer, based on information published by the candidate elsewhere.

Arthur Uther Pendragon is a British eco-campaigner, Neo-Druid leader, media personality, and self-declared reincarnation of King Arthur, a name by which he is also known. Pendragon was the "battle chieftain" of the Council of British Druid Orders.

You can meet candidates and question them at local hustings. Here are hustings where Arthur Pendragon may be appearing.

If you can add information that should be on this page - such as Arthur Pendragon's CV, email - please use our crowdsourcing website to add it.