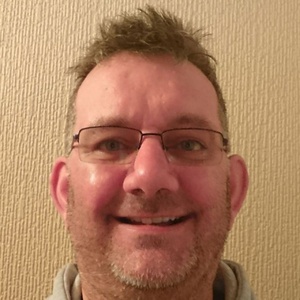 Andy Littlewood was the Greater Manchester Homeless Voice candidate in Rochdale in the 2017 General Election. Our volunteers have been adding information on Andy Littlewood - here's everything we know so far!

We don't know Andy Littlewood's email address. Can you add it?

I am a local person who has seen how Rochdale has been let down over the years, by both Local and Central Government. Drastic cuts have been made by our Council, yet our Councillors feel it is the right time to give themselves an inflation-busting pay rise, whilst people are having to rely upon food banks. We have the highest number of homeless people in Greater Manchester, second only to Manchester, yet nothing is done to tackle this.

I am a volunteer worker on Lower Falinge Estate and this area is beginning to see the benefits of this. The provision for young people is now greater than in 2013 and I have worked with tenants and residents to improve their quality of life, along with championing the new improved recycling scheme on the estate – despite the lack of support from most of our elected members.

Both Local and Central Government have ignored Rochdale’s social housing areas. In 2013, the ex-leader of the Council, Councillor Colin Lambert, said that the Council had ignored Lower Falinge and other areas for the past thirty years.

Rochdale and some areas within it, has had its fair share of negative press, but little is done to show its positives. We are a united community, who come together as one, when circumstances dictate. I am proud to live in Rochdale and to call it my home.

Rochdale was once great and it can be again - if elected, I would campaign long and hard for

· Social Housing which is fit for purpose and available to all.

· Abolition of the Bedroom Tax.

· The recalculation of business rates, to ensure that small businesses are given a fair chance.

This statement was added by Andy Littlewood, their team, or by a Democracy Club volunteer, based on information published by the candidate elsewhere.

If you can add information that should be on this page - such as Andy Littlewood's CV, email, homepage - please use our crowdsourcing website to add it.