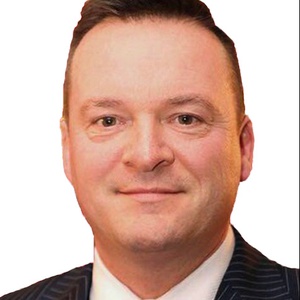 Paul Hickling was the Five Star Direct Democracy Party candidate in St Stephen in the Worcester local election. Our volunteers have been adding information on Paul Hickling - here's everything we know so far!

Facebook
https://www.facebook.com/Brexitpartyworcestercity/
We don't know Paul Hickling's email address. Can you add it?

PRESS RELEASE: 14/06/18
RESIGNATION STATEMENT
Two weeks ago, I resigned from the Conservative party after only 9 months as a member. The PM and her team have shown themselves to be hopelessly weak at negotiating with the EU despite holding all the cards at the Brexit table. They just seem to cave in on every demand made by the EU rather than holding a tougher line with their opponents, unfortunately that’s what you get with a negotiating team full of remainers.

I feel the frustration of 17.2m people who can see that the Brexit rug is being pulled out from under us by the political establishment elitists who sit in both Westminster & the House of Lords.

This Conservative Party is also hamstrung by its big corporate sponsors. It no longer rolls out Conservatism with a small ‘c’ and has positioned itself on the centre left of British politics and promotes Blairite socialism. The party is nothing more than a shadow of its former self since its glory years under Margaret Thatcher. It’s now a party full of yes men, career orientated MP's who no longer speak up on principle for the British people or working classes for fear of being ridiculed in the press.
Therefore, as a Brexiter and patriot I can no longer support a party that isn’t implementing the democratic will of the British people as decided by the referendum result on June 23rd  2016.

I spent Four weekends up in Stoke canvassing on the doorstep in both Labour and Conservative areas and found the people of the city to be very friendly, open-minded and approachable, regardless of their politics. The operation and co-ordination on the ground was immense. It was well-run by Lisa Duffy and her team. The call to arms went out and hundreds of loyal UKIP party activists turned up from all over the country to help their new party leader Paul Nuttall get elected in Stoke Central. However, it was my personal view that it was a mistake not to stand a local candidate. The UKIP previous candidate Stoke Chairman Mick Harold was very popular within the city. He knew the area and the local issues, but the party decided to go for that knockout blow with Paul Nuttall deep behind enemy lines.

Trying to overturn a 5000 vote majority is a tall order for anyone. Nigel Farage failed on seven attempts to get into Westminster. The moment our leader stood the press were out to get him. We allowed the opposition to attack Paul yet we failed to attack the Labour candidate when he found himself in hot water over remarks towards women, for which he was forced to apologise. At times it felt like we were too mainstream and campaigning just like the other parties, which is not what we’re about. We should tell it like it is that’s always been our strength and has served us well in the past.

In my opinion, Paul needed to stand in a marginal seat (less than 2000 vote margin) to have a realistic chance of winning. As a party, lessons will be learned and we will come back stronger for it. We need more radical policies aimed at the British working class communities while promoting ourselves first and underpinning our libertarian values. Whilst campaigning in Stoke, I spoke to college students who weren’t aware that it was UKIP policy to abolish tuition fees for ‘STEM’ subjects, so the message isn’t getting out to the masses. I spoke to Conservatives who said they were reasonably happy with how May was handling things since the Referendum. When I pushed them about voting tactically to oust Labour in Stoke as they had no chance of winning the seat I got the impression that they weren’t going to do that. Some said they probably weren’t going to vote anyway this time around. Not the answer I wanted to hear at the end of the day. I met Labour voters who said they would be voting UKIP this time but most of the disillusioned Labour voters I met clearly said they wouldn’t be voting Labour, but nor would they be voting for anybody else.

On the night of the count itself in Stoke, when the voter percentage was known, I knew the writing was on the wall. The numbers were too low and we needed a higher turnout to win. It was a daring plan for Paul Nuttall to lead from the front like that and very courageous, the idea, intention and logistics were all there on the ground and the People’s Army of UKIP gave it their all, but just like that famous WWII operation Market Garden to shorten the war by six months, Stoke was our Arnhem.
Paul Hickling
Membership Secretary
UKIP Worcester

2017: He wrote the local ukip policies for the Worcestershire County Council Elections on the 4th May 2017. http://ukipworcester.org.uk/county-policies/

This statement was added by Paul Hickling, their team, or by a Democracy Club volunteer, based on information published by the candidate elsewhere.