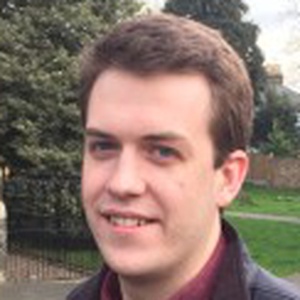 Tim Barrett was the Labour Party candidate in Brentwood South in the Brentwood local election. They were elected with 534 votes. Our volunteers have been adding information on Tim Barrett - here's everything we know so far!

The party's candidate page for this person
http://www.brentwoodandongarlabour.org.uk/candidates-2018/#southweald
We don't know Tim Barrett's email address. Can you add it?

Dr Tim Barrett has been selected as Labour's candidate for Brentwood South in the upcoming local elections. He has been an active local campaigner and is well known in the ward, having been working to help residents for over a decade.

Tim has been a Brentwood resident his entire life, growing up in the town and going to St Peter's and then Sawyers Hall College. He studied Chemistry at Imperial College London completing his PhD in 2015.

He now joins many fellow commuters every day making his way to his job as a research scientist. He is a volunteer leader in the Scout movement and previously in St John Ambulance.

Tim is determined to back residents when they want to protect their local facilities, such as their library, and services from funding cuts. He will campaign for improved access to GPs, appropriate speed limits, streetlights to be turned back on and finally filling potholes. At the same time he will challenge inappropriate development on, and around, the High Street and in our public parks.

Labour Candidate Tim Barrett said, ''I have lived in Brentwood long enough to remember when our roads didn't have potholes, when we knew our community police officer, we had streetlights on when it was dark and we we saw street cleaners regularly.

''I do not want to see any further cuts to the services that have given me the opportunity to enjoy a happy, safe and aspirational upbringing - but we need change to ensure these opportunities will not be lost from the next generation.

''So I am honoured to have the chance to represent you - and will do my best to meet, talk to and support as many Brentwood South residents as I can before May 2nd.''

This statement was added by Tim Barrett, their team, or by a Democracy Club volunteer, based on information published by the candidate elsewhere.

If you can add information that should be on this page - such as Tim Barrett's CV, email, homepage, twitter account - please use our crowdsourcing website to add it.

If you've received election leaflets from Tim Barrett, please take a photo of them and upload them to ElectionLeaflets.org