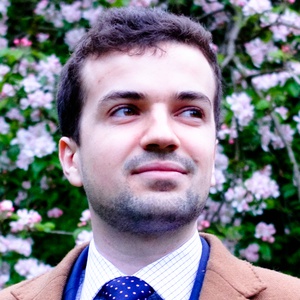 Toby Brampton was the Labour Party candidate in Horley East & Salfords in the Reigate and Banstead local election. Our volunteers have been adding information on Toby Brampton - here's everything we know so far!

I grew up in Merstham but for the past two years I have
lived just off Hooley Lane, near the Earlswood gasholders.
I’m currently a general manager for the UK operation of
an automotive emission control technology company,
where I’ve worked since I left St. Bede’s School.

Last year I was the Labour Party candidate in the General
Election for Reigate Constituency where the Labour vote
doubled, gaining more votes than all the other opposition
parties combined. I have also previously stood for election
to Reigate & Banstead Borough Council.

I’m running again for the council partly to ensure we have
a vibrant local democracy with a Labour Party voice
represented - ensuring local residents have a choice of
candidates and balanced democracy - but also to form a
strong opposition on the council with my Labour
counterparts so that decisions are scrutinised and all
residents feel they have someone who represents them.

There are 51 councillors at present on
Reigate & Banstead Council with 40 being
Conservatives. If elected, I would look to
bring fresh ideas and opposition, listen to
residents, represent their views and
ensure the Conservative executive team
are held to account on community issues.

Having a Labour councillor locally will
mean residents have someone they can
turn to who has a unique perspective and
a distinct voice when compared to the
current Conservative councillors.

The Labour Party have a large active local membership who
deeply care about the area. I would like to see how we can better
mobilise them to support local causes with an elected councillor.

This will be the last Borough Council election on the current
ward boundaries, meaning that it is only a one-year term. Next
year there will be a full council election for the new wards. Vote
for me if you, like the Labour Party, want to send a strong
message to the council that residents deserve better.

This statement was added by Toby Brampton, their team, or by a Democracy Club volunteer, based on information published by the candidate elsewhere.

If you can add information that should be on this page - such as Toby Brampton's CV, homepage - please use our crowdsourcing website to add it.