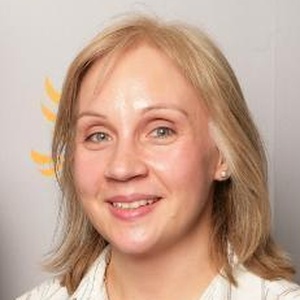 Jane Brophy was the Liberal Democrats candidate in North West in the European Parliament (UK) elections. They were elected with 297,097 votes. Our volunteers have been adding information on Jane Brophy - here's everything we know so far!

Jane is fighting to deliver real change for local residents across Greater Manchester. No matter where you're from, where you live, which school you went to, where you work, how much you earn, who you love or what you believe in— Jane believes we should all be able to step forward, together.

Jane has beaten the odds time and time again, and with your help in 2017, we can do it again.

Jane is on your side in this election. No empty promises, no lies and no wealthy backers. Someone new with something fresh for Greater Manchester; a step forward.

This statement was added by Jane Brophy, their team, or by a Democracy Club volunteer, based on information published by the candidate elsewhere.

Jane Elisabeth Brophy is a British politician who has served as a Liberal Democrats Member of the European Parliament (MEP) for the North West England since 2019. She currently sits as a full member on the Committee on Employment and Social Affairs and the Delegation for relations with the Federative Republic of Brazil. Brophy also sits as a substitute member on the Committee on the Environment, Public Health and Food Safety and Delegation for relations with Afghanistan.

You can meet candidates and question them at local hustings. Here are hustings where Jane Brophy may be appearing.

If you've received election leaflets from Jane Brophy, please take a photo of them and upload them to ElectionLeaflets.org