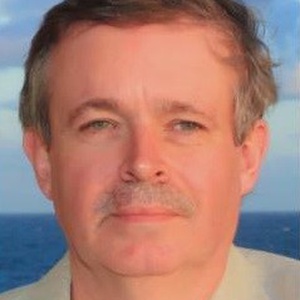 Tim Valentine was the Green Party candidate in Boughton and Courtenay in the Swale local election. Our volunteers have been adding information on Tim Valentine - here's everything we know so far!

The party's candidate page for this person
http://www.kentgreenparty.org/timvalentine.php
Email
tim.valentine@greenparty.org.uk

Tim Valentine has lived in Selling near Faversham for over 18 years and is the election agent for Swale Green Party. For over 18 years he was Professor of Psychology at Goldsmiths, University of London, but is now retired. His research on eyewitness memory led to a change in the law on eyewitness identification procedures, enabling identification evidence to be used more effectively.

Tim worked as an expert witness for the UK courts, the Scottish Criminal Cases Review Commission and the International Criminal Court. This work involved some high-profile cases including the murder of Jill Dando, the Lockerbie bomb, and the detention of Omar Deghayes in Guantanamo Bay.

Tim has campaigned for many years with Ethics of USS and the charity ShareAction to press the universities pension scheme to adopt an ethical investment policy which takes into account members’ ethical views. He is a voluntary non-executive director of Orchard Community Energy, who operate a 5MW solar farm at Iwade, near Sittingbourne. It is community-owned and has been generating electricity since June 2016. The financial surplus is used to fund community projects in Swale and Medway. So far, they have funded projects by Seashells Children Centre in Sheerness, Sheppey Scouts and Kent Wildlife Trust.

Tim and his co-candidate Alastair Gould, have worked hard for Boughton & Courtenay residents, getting results as active citizens. They have tackled fly-tipping, got potholes fixed, spoken out for local people about proposed developments, and engaged with consultants on cycle routes and air quality. Electing Tim will put a distinctive, strong Green Voice on the council, speaking up for Bougthon & Courtenay, rejecting unsustainable developments in the countryside, saying no to the huge solar power station and putting local people first.

This statement was added by Tim Valentine, their team, or by a Democracy Club volunteer, based on information published by the candidate elsewhere.

If you can add information that should be on this page - such as Tim Valentine's CV, homepage - please use our crowdsourcing website to add it.