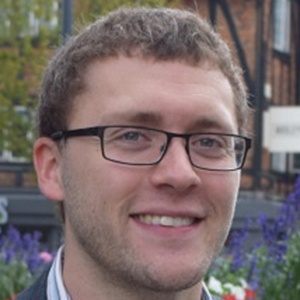 Born in Petts Wood, Bromley, Ian Stotesbury attended Ravenswood School before studying Physics and Astrophysics at the University of Birmingham. He grew up in a safe Conservative seat before moving to Birmingham where he first experienced active campaigns, outraged at the complacency so often seen in safe seats. After completing his degree in Physics he attended Cranfield University to study a degree in Astronautics and Space Engineering.

Ian is a passionate scientist, engineer and environmentalist. In his role as a Systems Engineer in the Space Industry he works on the design of spacecraft. He has been involved in the manufacture, test and launch of a number of spacecraft for both public and private customers.

The motivation for Ian to enter politics is to represent Watford as a hardworking but above all approachable MP for its constituents and be a voice for evidence based policy. He believes in government transparency and openness. He pledges to work tirelessly for Watford and the UK’s interest and set a new standard for approachability and accountability in parliament with highly regular updates of ongoing work, policy decisions and surgeries.

This statement was added by Ian Alexander Eric Stotesbury, their team, or by a Democracy Club volunteer, based on information published by the candidate elsewhere.

You can meet candidates and question them at local hustings. Here are hustings where Ian Alexander Eric Stotesbury may be appearing.

If you can add information that should be on this page - such as Ian Alexander Eric Stotesbury's CV - please use our crowdsourcing website to add it.

If you've received election leaflets from Ian Alexander Eric Stotesbury, please take a photo of them and upload them to ElectionLeaflets.org