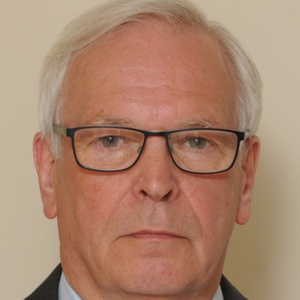 Peter Peers was the UK Independence Party (UKIP) candidate in Billinge and Seneley Green in the St. Helens local election. Our volunteers have been adding information on Peter Peers - here's everything we know so far!

THE UKIP candidate for St Helens North says he is putting "revitalisation" of St Helens town centre at the heart of his campaign.

Electrical contractor Peter Peers was selected by the party to be its candidate for the seat held by Labour's Conor McGinn.

Mr Peers said to the Star: "The revitalisation of the town centre is at the heart of the UKIP vision. If I was to be elected, I would be calling for the town centre to be put first on the agenda.

"The town centre is rapidly deteriorating. We need to reinvest, plan, consult, look at what other successful towns are doing, for example Wigan, Warrington and Widnes. I would organise a meeting of all the stakeholders and put the needs of the town first."

He added: "The Labour council is ignoring the problem and are not listening. We need something to bring shoppers back to the town, some suggestions include weekly events organised throughout the year and various attractions."

Mr Peers, from Billinge, also joined the list of candidates who have highlighted development on green belt sites as another key issue.

"Planning applications to build on farmland and greenfield sites are being approved, even though the people of St Helens disapprove," he said.

"Green sites are the lungs of our town and soak up the rainfall, which stops floods occurring. Building on these sites pleases the powerful developers but damages the place we live in.

"I am frustrated with the building on green belt, this Labour council is allowing the destruction of green fields for factories at Florida Farm and house building all over the borough.

"UKIP believes that we must use brownfield sites first before laying waste to green belt. UKIP will require the Environment Agency to compile a National Brownfield Sites Register and provide a remediation assessment, where appropriate. UKIP propose to offer grants to developers in order to remove any potential barriers to brownfield builds."

Mr Peers, a former chairman of the party's St Helens branch, who runs an open age community football club, added: "I live here in St Helens. I work here, socialise, my wife and I have brought up a family here, we have a stake in this town. I would urge the people of St Helens North to allow me to represent UKIP, support me and work with me to help our town, UKIP and ourselves."

This statement was added by Peter Peers, their team, or by a Democracy Club volunteer, based on information published by the candidate elsewhere.