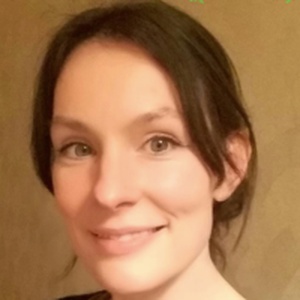 I'm honoured to have been selected by South Tyneside Green Party as the candidate for South Shields in the general election on 12th December.

Never has being in the Green Party been more important. Never has there been a greater need for respect: to respect our environment, respect all species and respect each other and our right to exist in our beautiful world. Facing a climate crisis, more than ever there is an urgent need for change. Together, I want to fight for a better alternative. We can no longer rely on an outdated political and economic system.

Having been in the Green Party for the past ten years, I have been impressed by the tireless efforts of members and never more so than working with the South Tyneside Green Party, who have been able to affect real positive change at a local level for people in the community.
From their work to elect the first Green councillor, to securing a declaration of Climate Emergency by the council, to the support of local people in the fight to maintain comprehensive services at the local hospital, to the fight against menstruation poverty and litter picks on the beaches to name just a few campaigns.
They have had a widespread beneficial effect on the day-to-day lives of local people. This work would be fundamental to a campaign for a parliamentary candidate and if successful I would prioritise supporting this work and enabling it to grow.

Personally I've always been passionate about challenging inequality, be that between nations, ethnicities, gender or class, our world is very divided and there is often a great gap between the experiences, opportunities, health and happiness of different people. In the northeast of England this is often all too apparent. Climate change will not only deepen inequalities it is also currently the greatest threat to us all. Science tells us that the climate predictions may have been conservative and that the rate of change in many areas is accelerating at an alarming rate. Right now the Amazon is burning in a record number of forest fires (double the record just six years ago) and this following an aggressive increase in logging and deforestation under the present administration. We have to act globally. Now is not the time to be squabbling over varying degrees of autonomy, we should be working together and not allowing ourselves to become distracted from the seriousness of global climate change.

As a teacher and a parent I am worried for the next generation and feel guilt about what we are leaving them. I'm also frustrated that the full impact of what they are facing is not taken seriously by those in power. However there are reasons to be positive. There is a changing tide with more and more people understanding the gravity of the situation and becoming equally concerned. Unfortunately diversionary tactics employed by those in power, coupled so often with egoism and career politics are distracting from the real issues.

I want to see real change at a local and national level. Politics is political, it's complicated, especially where ambition, money and power come into play, but it's important to have integrity, keep a clear head, be honest, and always be mindful of the wishes of the people you serve. With this approach I would work for real change for South Shields which improves the lives of people and our environment, for the benefit of this and future generations.

This statement was added by Sarah Jean McKeown, their team, or by a Democracy Club volunteer, based on information published by the candidate elsewhere.