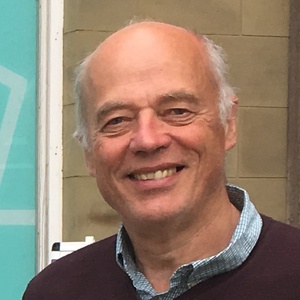 Andrew Murday was the Liberal Democrats candidate in the constituency of Skipton and Ripon in the UK Parliament elections. Our volunteers have been adding information on Andrew Murday - here's everything we know so far!

Andrew is originally from Derbyshire and attended Nottingham High School. His father was a mining engineer and his mother a domestic science teacher. Andrew studied medicine at Christ’s College, Cambridge, then at London University and went on to be a cardio-thoracic surgeon, gaining national responsibilities as his career progressed. Andrew has been a surgeon most of his professional life and has also worked as a palliative care doctor in a hospice. He staunchly defends UK ownership and management of the NHS. He believes that healthcare should be free at the point of delivery. He has previously lived and worked in London, Leeds, Glasgow and Paris and has lived on a smallholding near Pateley Bridge, North Yorkshire for the past 10 years.

He has always held a keen interest in politics underpinned by a strong sense of equality and justice. He believes passionately that the role of government is to ensure a peaceful and prosperous nation, in every region and for people in all walks of life. Andrew has always been a campaigner and activist. In 2016, following the election of Mr Corbyn as Labour leader, he left the Labour party and gradually developed affinity with the Liberal Democrats.

Andrew is a firm believer in EU membership which helps to ensure economic, social and environmental stability and wellbeing. He is well aware that the EU, with the UK government, defends the standards Britain expects in terms of environmental protection, food quality and security. On a local level, Andrew is concerned that democracy is preserved and that all voices in the community are given a voice.

In Nov 2018 he was selected as the Lib Dem candidate for Skipton and Ripon because of his experience of management and leadership at a national level and he now champions social welfare, especially the NHS, education, housing, transport, energy, food security and rural affairs. He would advocate a firm base in sustainable policies throughout.

This statement was added by Andrew Murday, their team, or by a Democracy Club volunteer, based on information published by the candidate elsewhere.

You can meet candidates and question them at local hustings. Here are hustings where Andrew Murday may be appearing.

If you can add information that should be on this page - such as Andrew Murday's CV, homepage - please use our crowdsourcing website to add it.