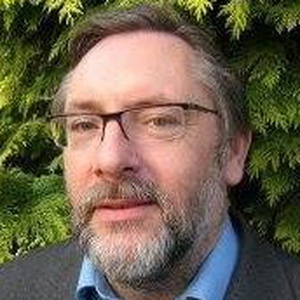 YouTube
https://www.youtube.com/watch?v=jP1fjClMaa0
The party's candidate page for this person
www.lincolnshireliberals.org.uk
We don't know Charles William Shaw's email address. Can you add it?

Dear Elector ,
In April 2019 I formally left the Liberal Democrats and explained the
reasons for resigning:-

1. The party stance on
Brexit and unwillingness to recognise and provide a platform
for liberal leavers.

2. The
appalling internal communications emails which effectively
make it almost impossible
for activists and members to directly contact
officers.

3. The lack of promotion
of Town and Parish Councillors on an equal basis with other
member politicians.

4. The lack of new selection procedures to abolish central approval lists and the drafting in of candidates nationwide.(e.g like you did
in Hazel Grove and other constituencies)

7. Complete
lack of public speaking out about the costs and political
intentions of the EU and therefore miss informing young
people of the dangers in the EU as opposed to the benefits
and potentially surrendering constitutional independence and
their future freedom and human rights in order to keep
MEP's, EU appointments and party funding.

Consequently, I resigned my Liberal Democrat membership very sadly having
worked with officers and MP's since the time of Richard
Wainwright MP of Colne Valley....a great Liberal and am
consequently joining The Liberal Party as a Councillor and now
Parliamentary Candidate.

I hope the above gives some useful information to those reading this site and is the same as printed in my local election material as is the personal information below. You will also find me on YouTube at the time of the referendum on the EU membership and on the 'Centre' website formerly Liberal Leave.

Charles Shaw (from my local town and parish leaflet)
Charles Shaw has worked hard as a community activist and as local councillor for the last eight years and despite having been a Liberal Democrat spoke out in support of the Vote Leave Campaign and was the Vote Leave coordinator for the Lincoln area and has continued to speak out against the badly managed EU exit. He campaigns often and speaks on the media regularly.
Charles is a family man who equally speaks out about the total disregard for the traditions of our local communities in favour of bland government which is more concerned with politically correct processes than really helping. As an environmentalist, he does not want our children to be part of ‘The Waste generation’ and believes happy families come from young people being shown how to manage for themselves and be given opportunities to grow as well as conform. As chair of One East Midlands and of Lincolnshire Council for Voluntary Youth Services he leads the charge for better support for the voluntary sector which contributes so much to our community and upon which many depend.
If you would like to talk to Charles about the current state of local government or politics or just give a hand in future campaigns please email electionmessage@outlook.com or telephone 07760 843910 or write to any of the addresses featured in this leaflet.
Engagement in Politics is not just about the current General Election and Charles Shaw is keen to encourage more people to stand for local town, parish, district and county councils if you could like to do so yourself or are just thinking about it and would like to have an informal chat on the subject please do contact Charles Shaw who will be happy to help without obligation.

Charles Shaw (from my general election and next leaflets)
Charles Shaw is a highly respected youth and community worker both locally and nationally with an extensive career covering business, local government and the Voluntary Sector.

Experienced on Local Councils from Skellingthorpe to Bardney and a former elected member of a Drainage Board he is well aware of local community and environmental issues.
Charles has worked extensively cross-party to gain improvements and support for the Community and Voluntary Sector and is the current chair of regional infrastructure support body 'One East Midlands', Trained in Education, Youth and Community Work, Corporate Secretaryship and Insurance, he serves as Chair of The National Network of Councils for Voluntary Youth Services, is Academic Chair of The Society of Teachers in Business Education lecturing part-time and a Trustee of the National Association of Boys and Girls Clubs.
Charles Shaw is a ward resident and is married with grown up children. Experienced as a Councillor and agent and staunchly against centralised control of local government, Charles believes Lincoln City should be a unitary authority working with but free of county domination. Married (to Daphne) with three grown up children he is well aware of the issues facing families today.
As Vote Leave co-ordinator for Lincoln, Sleaford and North Hykeham he successfully co-ordinated all-party effort to achieve a fantastic result in Central Lincolnshire whilst maintaining a friendly relationship across remain and leave activists and believes working together in a co-operative yet challenging way brings results.
As a former Youth and Community officer with a Metropolitan Council for Racial Equality, he recognises the demographic changes that have taken place in Lincoln over the last decade and as Chair of the Centre for Reconciliation works promoting Community Cohesion and Inter-faith understanding across the County and beyond.
As a councillor and politician he feels it is important to be the 'imp' who gets things done!
Charles can be contacted direct during elections on 07760 843910

This statement was added by Charles William Shaw, their team, or by a Democracy Club volunteer, based on information published by the candidate elsewhere.