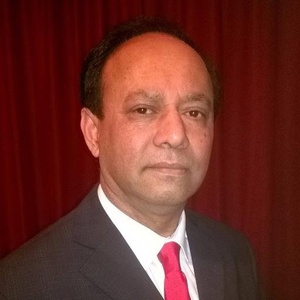 Rumal Khan was the Labour Party candidate in Copnor in the Portsmouth local election. Our volunteers have been adding information on Rumal Khan - here's everything we know so far!

On 3rd May I was very happy to discover that I had been selected by the Labour Party to be the official Labour candidate for Portsmouth North in the June 8th General Election.

I have lived and worked in Portsmouth for over 26 years and my family home is in Portsmouth North, so I know the area very well and my children have grown up there.

I am a small businessman who also works within the community. I speak four languages and over the years I have worked hard to help members of the different communities in Portsmouth and to bring many groups together.

I joined the Labour Party because I believe that politics should not be about making schemes which profit from people, but in serving people, in listening to them, in being aware of their needs, and in trying to change things for them for the better.

That’s why I am standing as a Labour candidate in the June 8th General Election, because I believe that Labour not only has the needs of people at the heart of their politics, but is also the only caring party with the strength and resolve to carry out these policies.

This statement was added by Rumal Khan, their team, or by a Democracy Club volunteer, based on information published by the candidate elsewhere.

You can meet candidates and question them at local hustings. Here are hustings where Rumal Khan may be appearing.

If you can add information that should be on this page - such as Rumal Khan's CV - please use our crowdsourcing website to add it.