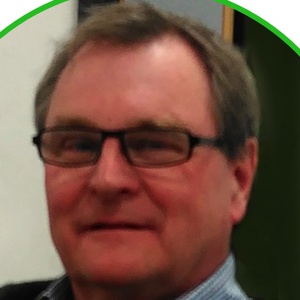 Ken Hawkins was the Green Party candidate in Copnor in the Portsmouth local election. Our volunteers have been adding information on Ken Hawkins - here's everything we know so far!

I have been a resident in Copnor for more than thirty years, living in my current home for over twenty five years. I have helped raise three daughters in the area. Having previously been a governor, education is very important.

Copnor road is one of Portsmouth most congested roads, so I am a strong supporter of the Let Pompey Breathe campaign. This seeks to improve and monitor the city’s air quality.

I would campaign with other organisations to improve the cycle routes through Copnor, and especially along the Eastern road so that it can be made safer. This could be achieved by moving the cycle track to new one on the edge of harbour. It would be costly but safety has a cost.

I would become more actively involved in protecting our heritage and culture. I would like to see a memorial to Neville Shute, an author who spent time in the city and helped design aircraft at the city’s airport. Using Hilsea bastion for the new WW1 remembrance centre is certainly a step in the right direction.

Having been a JP in the past, anti-social behaviour is of concern, especially ‘fly tipping’. I have contacted the council about rubbish left at the end of Green Lane which is becoming a regular occurrence.

I believe I would be a strong candidate for the Copnor ward.

This statement was added by Ken Hawkins, their team, or by a Democracy Club volunteer, based on information published by the candidate elsewhere.

You can meet candidates and question them at local hustings. Here are hustings where Ken Hawkins may be appearing.

If you can add information that should be on this page - such as Ken Hawkins's CV - please use our crowdsourcing website to add it.