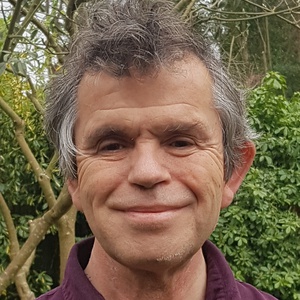 Guy Penman was the Liberal Democrats candidate in Thames in the Reading local election . They got 700 votes. Our volunteers have been adding information on Guy Penman - here's everything we know so far!

I am 57 years old and I have lived in Thames Ward since 1974, with my wife Gloria and cat Rosie . I work for The London Library. I have an MA in History

In the 1970’s I supported The Labour Party but when the hard left took over in the early 1980’s I joined the Social Democratic Party. I joined The Liberal Democrats in 1989.

I am interested in the environment, I was a member of the Bugs Bottom Action Group in the 1980’s trying to stop Higgs & Hill from building on the beauty spot in Caversham Heights and I went on the protest march.

I am against the Gladman Development in Sonning Common I support the Campaign Against Gladman in Eye & Dunsden (CAGE) Notwithstanding the fact that I am against such in-filling and ribbon development on green-field sites in principle, I think that the detrimental effect on Caversham in terms of the increase in traffic, and pressure on schools and surgeries would be massive. I was on the bus which went to the planning meeting in Didcot

I am concerned about the changes to the 22 & 24 bus routes in Caversham and I have attended the meetings at Highdown School.

I am a commuter and suffer at the hands Great Western Railway which is like having a train company run by the Marx Brothers. They are expensive and a complete disaster as far as time keeping and communicating with passengers is concerned.

This statement was added by Guy Penman, their team, or by a Democracy Club volunteer, based on information published by the candidate elsewhere.