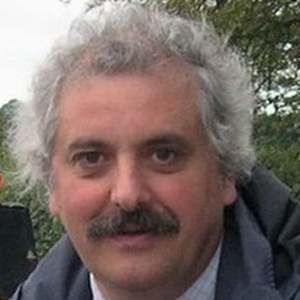 Henry Jebb was the Liberal Democrats candidate in the constituency of Staffordshire Moorlands in the 2017 General Election. Our volunteers have been adding information on Henry Jebb - here's everything we know so far!

The party's candidate page for this person
http://www.libdems.org.uk/henry_jebb
Email
handcjebb@cix.co.uk

Henry Jebb was born in Yorkshire and grew up in Berkshire before studying at Keele University. Since the 1970s he has lived in Staffordshire which he has adopted as his ‘home’ county. “Whether it is the proud industrial heritage of the Potteries, the rich countryside on our doorstep or the glorious Staffordshire Peak District, I find there is so much to cherish in our county and its people.”

Henry has been active in politics since becoming a founder member of the Liberal Democrats in 1988. He is a parish councillor and has served 3 terms as a District Councillor for Brown Edge and Endon since 1991. He has also stood for Parliament in Stoke and Staffordshire Moorlands on several occasions.

Henry runs a printing business with his wife Christina. He is an environmentalist and a champion of safe pedestrian and cycling facilities and keen supporter of public transport. He promotes the health of our towns and rural communities as much as the health of everyone who lives, works and visits here. He is a member of Leek Crime Prevention Panel where he works with the Police to make our neighbourhoods safer. He also works closely with residents to get things done to meet local priorities - including playgrounds, a community centre, improving the canal towpath and preserving our heritage. He is a member of his local Flood Action Group which is addressing flooding issues in Endon.

Henry Jebb said: "The coming election provides a real chance for political change. Five years of Coalition showed how Liberal Democrats are a responsible party of government and prevented the worst excesses of single party rule. Giving more say to voters with a fairer voting system is one of my priorities, as is helping the country remain open, tolerant and united. That won’t happen with a hard Brexit.”

This statement was added by Henry Jebb, their team, or by a Democracy Club volunteer, based on information published by the candidate elsewhere.

If you can add information that should be on this page - such as Henry Jebb's CV, homepage, twitter account - please use our crowdsourcing website to add it.

If you've received election leaflets from Henry Jebb, please take a photo of them and upload them to ElectionLeaflets.org