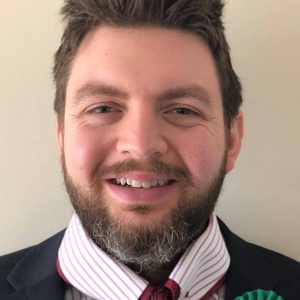 Terence Carter was the Green Party candidate in Stow Thorney in the Mid Suffolk local election. Our volunteers have been adding information on Terence Carter - here's everything we know so far!

Focused on the Future:
A parent governor of Acorns, Robins and Sunshine Children's Centres as well as attending Home-Start West and Mid Suffolk and their children's activities based at the Red Gables on a Friday Morning.
Also known to put on a 'Red Suit' and deliver gifts to certain younger members of society in December...

Inclus-ability:
Vice-chair of the Mid Suffolk Disability Forum since 2015, working on such projects as Stowmarket Focus and most recently consulting on the redevelopment of The Regal Theatre.

A Friend of Stowmarket Library, involved with Suffolk Libraries raising awareness to protect the funding to such an important charitable trust. Though I may appear to be mainly perfecting my animal voices, whilst my mini-me terrorises the librarians...

With a wide-ranging background in conservation and animal welfare, I continue to advocate for various charities and causes through the medium of social media, both benefiting from and raising awareness for the Citizens Advice Bureau, Living Streets and Shelter to name a few.

This statement was added by Terence Carter, their team, or by a Democracy Club volunteer, based on information published by the candidate elsewhere.

If you can add information that should be on this page - such as Terence Carter's CV, homepage - please use our crowdsourcing website to add it.