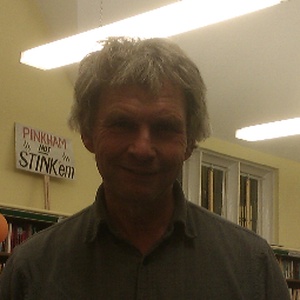 Phil Fletcher was the Green Party candidate in Sopwell in the St Albans local election . They got 189 votes. Our volunteers have been adding information on Phil Fletcher - here's everything we know so far!

My name is Phil Fletcher and I am the Green Party Candidate in Chipping Barnet Constituency.

I grew up in East Barnet, lived in Germany and Chile , where I worked as a carpenter and an English teacher..

Returning to the UK in 2006, I helped re-start Barnet Friends of the Earth and also became involved with local pressure groups such as the Barnet Cyclists, Barnet Countryside Centre, the Brent Cross Coalition and Friern Barnet Library.

Barnet Green Party have been at the forefront of the campaign against air pollution, conducting extensive nitrogen dioxide monitoring around Barnet LB, including the Brent Cross Regeneration Area, near schools and where infrastructure projects were likely to cause an increase in traffic. This spurned Barnet Council to fund air pollution monitoring schemes conducted by various residents’ associations.

I also organised a public meeting in March, which was widely attended.

I have also campaigned on the demise of our high streets, especially against high rents which are crippling independent shops. Barnet Green Party have proposed a number of measures to overcome this dire situation and I was instrumental in formulating these.

At a national level the Green Party has campaigned to stay in the EU so as to unite with like-minded organisations across Europe for a more democratic and environmentally friendly Europe.

The “debate” before the Referendum was woefully inadequate – narrowly focussing on immigration and even dishonest – see the £ 350 millions paid weekly to the EU.

We would support a second referendum after the negotiations as we believe the UK Government has a democratic right to decide on the outcome.

We are also campaigning to stay in the single market and to strengthen environmental and social protections. We would fight any attempts to make the UK a tax haven.

This statement was added by Phil Fletcher, their team, or by a Democracy Club volunteer, based on information published by the candidate elsewhere.

If you can add information that should be on this page - such as Phil Fletcher's CV, email - please use our crowdsourcing website to add it.