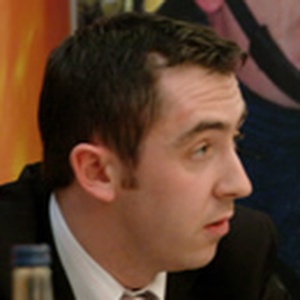 Daithí Gerard McKay, is a former Irish politician. He was the Chair of the Finance Committee in the Northern Irish Assembly from 2012 to 2016 and a Sinn Féin MLA for North Antrim for 9 years. He successfully brought forward legislation that led to the introduction of a Carrier Bag Levy in Northern Ireland and the abolishment of rates for hundreds of Community Amateur Sport Clubs (CASCs).

Wikipedia
https://en.wikipedia.org/wiki/Daith%C3%AD_McKay
The party's candidate page for this person
http://www.sinnfein.ie/contents/14953
We don't know Daithí Gerard McKay's email address.
Can you add it?