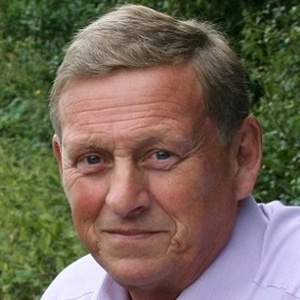 Jerry Roodhouse was the Liberal Democrats candidate in Paddox in the Rugby local election. Our volunteers have been adding information on Jerry Roodhouse - here's everything we know so far!

Jerry Roodhouse will be a strong local champion for Rugby & Bulkington.

Jerry Roodhouse is a tireless campaigner and has a proven track record of promoting the interests and causes of the people of this area to great effect over the years. Jerry is a long standing Borough and Warwickshire County Councillor and operates at the community edge of politics, never afraid to challenge the establishment and be unpopular with officials and political opponents in pursuit of his constituent’s interests. His common sense and no nonsense, straight talking voice needs to be heard at Westminster.

Over the years Jerry has campaigned on a range of issues from poor housing to fighting for better NHS health and Social Care services especially at St Cross Rugby a good local hospital, Jerry has been fighting for the improvements needed in mental health services especially for tackling autism and for greater dignity for our older people in care, Jerry continues to tackle homeless issues. Jerry is an advocate for the voluntary sector and the great work it does and has worked closely with Age UK, CAVA, and various Charities in the area.

Jerry is a Yorkshire man by birth. The son of a vicar Rev GC Roodhouse who also taught at the old East Warwickshire College (now Rugby College) Jerrys mum taught at the Tower Lodge School in Rugby and at 99 years of age is still going strong. Jerry is deeply rooted in local life attended Dunchurh and Harris C of E High school where in years to follow served on its Governing body.

Jerry has been living in the Rugby area for over 50 years and is married to Sue a fellow Rugby Borough Councillor. They have two daughters and four grandchildren. Jerry trained as an agricultural engineer, later moving into sales where he is now a Director of small company.

Jerry Roodhouse is firmly rooted in community action Jerry can be seen out and about delivering leaflets and meeting local residents on a regular basis. Jerry Roodhouse is Chairman Fareham of Youth Trust supporting young people, is a Director Healthwatch Warwickshire and also a Director of Hummingbird Midlands a charity supporting anyone affected by Cancer. He also chairs the Rugby Forum of Age UK, he also Co Chairs the Advisory Board for Barnardo Children Centers in Rugby.

This statement was added by Jerry Roodhouse, their team, or by a Democracy Club volunteer, based on information published by the candidate elsewhere.