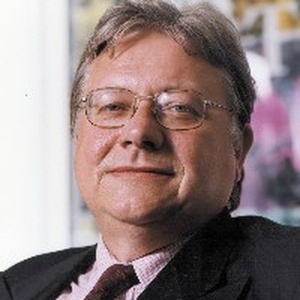 Like the clear majority of Birmingham and Coventry electors, who were the only ones balloted on the idea of an elected executive mayor, I campaigned against this as an unnecessary expense, designed to hide the fact that our borough leaders are collaborating with central government to carry out swingeing cuts in vital social care and need.

Now that we have a Mayor imposed on us by a shoddy devolution deal that provides little extra resources or authority, I have joined the contest to project the need for an extension in democracy by making organic links to borough local government by having a key role for representatives of senior organisations, community and church groups, trades unions and Youth Parliaments.

My Party completely rejects the notion that there is not enough money to tackle the desperately needed solutions to many problems. There’s no problem with money other than who has it!

Power and wealth has leached away from working people and their families over the last four decades, with the share of GPD held by wages dropping from two thirds to barely a half. The gap has disappeared’ into the pockets of high flyers, who apparently need big incentives to make them work, whilst the poor must grub along as best they can.

The area where some real authority is given to the Major is in managing bus and tram provision. But I don’t want that to mean handing over large subsidies to private monopolies controlled by billionaires who are household names. We must see a massive drop in fare prices and rise in frequency of service. The Major should lead a campaign to win public ownership of public transport, something that can be made possible by Brexit, if the government repeals the Bus Services Act 2017, which they vindictively introduced to stop such move just after calling a general election.

We could use the re-municipalisation of West Midlands public transport to revitalise our economy. This is desperately need as the West Midlands has the highest level of poverty pay of all the English regions. So, whilst we must start at an absolute minimum of £10 an hour, I want to quickly move to a £23,000 minimum annual salary for all bus drivers and allied staff, using this as a template for all employees and contractors of the Combined Authority, then as the gold standard for decent wages in the region.

Birmingham is set to massively benefit by building development but the other boroughs need their fair share. As a former President of the European Transport Workers Federation, I am familiar with how to negotiate with trans-national corporations, with which I would work to establish a high-tech manufacturing capability to move to all electric buses within the term of office. A good place to start would be to locate this in Coventry. But that city would need to be linked with Solihull, the airport and the new HS2 Interchange, preferably by light rail to the west side of the city and beyond.

In a similar way, the Black Country would benefit from the opening of a WM Road and Rail Transport Training Centre, which could expand into allied areas, such as Motor Retail and Repair. Providing decent jobs with proper apprenticeships would be vital. Such a major development needs linking to other areas of the Black Country, such as Walsall, that desperately needs development, in what might be called the Rail Spine Links.

Finally, we cannot solve the housing crisis without starting up a massive programme of council house building, though ideas such as housing co-ops and council mortgages could be looked at. 'Generation Rent’ urgently needs such action.

This statement was added by Graham John Stevenson, their team, or by a Democracy Club volunteer, based on information published by the candidate elsewhere.

If you can add information that should be on this page - such as Graham John Stevenson's CV - please use our crowdsourcing website to add it.