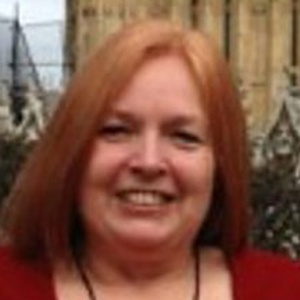 Elizabeth Jewkes was the Liberal Democrats candidate in Central & Grange in the Cheshire West and Chester local election . They got 259 votes. Our volunteers have been adding information on Elizabeth Jewkes - here's everything we know so far!

Elizabeth is a local entrepreneur and businesswoman. She currently runs her own management consultancy specialising in helping not for profit businesses become more successful. She is also a director of a local social enterprise. Elizabeth is best known as the author of the policy to raise the income tax threshold, a policy which was on the front cover of our manifesto in 2010 and was implemented by the Liberal Democrats in government. Elizabeth believes Britain is better off in Europe and is determined to work to get the best deal for the majority of voters in Chester who voted Remain. She is passionate about increasing the number of women involved in politics and is a member of the national committee of Liberal Democrat Women. Elizabeth is a member of St Peter’s church in Chester and a volunteer and Trustee for Night Church. She is also the Chair of the Liberal Democrat Christian Forum.

She has been a member of the party since 1984 and first stood for election since 1986. She is married to Kurt, has 3 daughters, a son and 4 grandsons. Her 5th grandchild will be arriving during the election campaign.

This statement was added by Elizabeth Jewkes, their team, or by a Democracy Club volunteer, based on information published by the candidate elsewhere.

If you can add information that should be on this page - such as Elizabeth Jewkes's CV - please use our crowdsourcing website to add it.

If you've received election leaflets from Elizabeth Jewkes, please take a photo of them and upload them to ElectionLeaflets.org