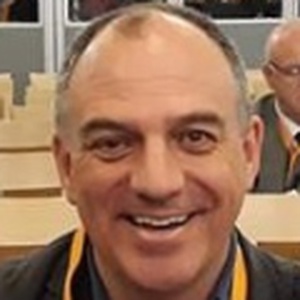 Andrew Cooper was the Green Party candidate in the constituency of Huddersfield in the UK Parliament elections . They got 1,768 votes. Our volunteers have been adding information on Andrew Cooper - here's everything we know so far!

Councillor Andrew Cooper who has represented the Newsome Ward on Kirklees for the last 18 years has been selected as Green Party Candidate for Huddersfield in May’s General Election. Andrew has been re-elected 5 times with significant majorities over the Labour Party.

Andrew has a long track record of many achievements for the people of Huddersfield which include:

- Proposing the UK’s first universally free insulation scheme, Kirklees Warm Zone that saw tens of thousands of homes insulated across Huddersfield.
- Leading the campaign to replace ‘Welcome to Kirklees’ with ‘Welcome to Huddersfield’ signs.
- Initiating the 2000 house solar panel programme which will see Council Tenants in Kirklees benefit from solar electricity saving them up to 2 weeks rent worth of electricity savings. This will be at no cost to the Council Tax payer and not impact on Kirklees Council budgets.
- Organising a free Christmas Bus Service in the Newsome Ward for the past 25 years

This statement was added by Andrew Cooper, their team, or by a Democracy Club volunteer, based on information published by the candidate elsewhere.

You can meet candidates and question them at local hustings. Here are hustings where Andrew Cooper may be appearing.