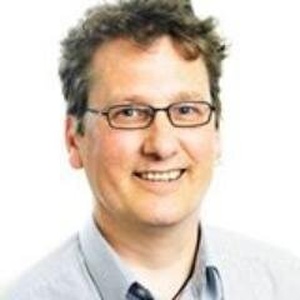 Andy Redfern was the Green Party candidate in Lobley Hill and Bensham in the Gateshead local election . They got 288 votes. Our volunteers have been adding information on Andy Redfern - here's everything we know so far!

I have been involved in Green politics for 10 years in the North East of England and stood as the Green Party candidate for Gateshead in the 2010 and 2015. My passion is to fight for justice for the poor and the marginalised in the UK and around the world. I was International Director for fair trade company Traidcraft plc and a founder director of Ethical Superstore. I am a keen supporter of sustainable transport and was a founder director of the innovative Valley Links CIC that has successfully campaigned for better transport links in the local area.

I am standing for the Green Party because I believe that we can make a genuine difference to the lives of ordinary people. Austerity has hit people in Gateshead hard. Swingeing council cuts as central government has withheld funding mean that people pay more for less services. Access to the NHS has been made harder as waiting times and waiting lists have increased. The local transport system is now more monopolised than when it was run by local councils. Job losses have hit the area hard, and the new jobs being created are low paid with minimal job security, often on low or zero hour contacts.

The Green Party will make a difference. We will renationalise the railways and overhaul how public transport is run across the country. We will invest in public services and turnaround the privatisation of the NHS. I’m proud to be Green - working for both people and the planet.

This statement was added by Andy Redfern, their team, or by a Democracy Club volunteer, based on information published by the candidate elsewhere.

If you've received election leaflets from Andy Redfern, please take a photo of them and upload them to ElectionLeaflets.org