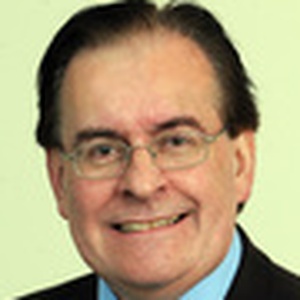 Paul John Latham was the UK Independence Party (UKIP) candidate in Keighley in the 2017 General Election. Our volunteers have been adding information on Paul John Latham - here's everything we know so far!

I was the Task-force leader here in Keighley & Ilkley for Vote Leave in the EU referendum campaign last year, which was supported with 25,892 votes, a 53.3% majority, on June 23rd.

I am standing in a general election here for UKIP for a third time. My political views have been consistent for 8 years, because I wish to have a complete Brexit from the EU. No special deal whereby Britain pays for access to the so-called ‘single market’ in Europe, with a €100 Billion price ticket attached. We voted LEAVE on June 23rd, 2016. That means OUT.

The other 27 EU member states sell far more to us than we sell to them. We have the upper hand in any negotiations with the EU, yet they are setting the negotiation terms. This is completely unacceptable.

Britain is and has been a global trading nation, not just for decades, but for centuries. Membership of the EU has restricted our opportunities for growth. Only Germany has really prospered within the EU.

Will Germany stop supplying us with Mercedes-Benz, Porsche, BMW or VW/Audi cars? The answer is NO, their successful economy depends too much upon us. I want a Free-Trade agreement with the EU without any strings attached, this has to be negotiable.

Similarly, EU citizens who work and reside in Britain will be able to stay here provided a similar reciprocal agreement is made with the EU about British citizens working, retired or residing within an EU member state.

I champion older residents who are concerned about the ‘means-testing’ of their Winter Fuel Payments. This is an affront to pensioners who are already burdened with renewable energy subsidies on their domestic energy bills.

I want your support again to help me become our next MP. Please vote for me on June 8th.

This statement was added by Paul John Latham, their team, or by a Democracy Club volunteer, based on information published by the candidate elsewhere.

If you can add information that should be on this page - such as Paul John Latham's homepage - please use our crowdsourcing website to add it.