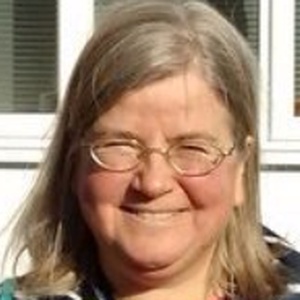 Liz Clements was the Labour Party candidate in West Midlands in the European Parliament (UK) elections. Our volunteers have been adding information on Liz Clements - here's everything we know so far!

Hello, my name is Liz Clements and I’m your Labour candidate for Bournville and Cotteridge. I’ve lived in the ward since 2002. If I’m elected on 3 May 2018, it’ll be an honour to represent people in my community.

I’ve served the people of Hall Green as their councillor for the past year. Before moving to Birmingham, I was a councillor in Oxford. As your candidate, I offer experience and fresh ideas for Bournville, Cotteridge and Masefield.

Our neighbourhoods are great places to live. We have access to a good range of local services and transport links, as well as beautiful parks and green spaces. Bournville Village Trust estate is a daily reminder that investing in decent housing and community facilities transforms lives for the better.

I’m standing because I believe our quality of life is under threat. The Tory government has cut 50% of Birmingham City Council’s funding since 2010 – that’s £650 million cuts – and we’re feeling the effects across Bournville, Cotteridge and Masefield.

Bournville and Cotteridge schools are facing massive cuts, leading to bigger classes and fewer teachers and classroom assistants for our children. Our streets are cleaned less often and the council has been forced to introduce charges for garden and bulky waste. The Tory government has refused to provide the funding for sprinklers in Shelley and Browning Towers on the Masefield estate – leaving it to the council to borrow the money.

Our neighbourhood policing team has been slashed from 20+ officers to six because of Tory cuts, and crime is increasing. Demand for the B30 Foodbank is going up because of benefit cuts, sanctions, low-paid and insecure jobs, and homelessness. Poverty in our communities is rising because of cruel policy decisions made by a Tory government which doesn’t care about vulnerable people.

I believe we can afford to care and invest in our communities. If elected, I’ll be a strong voice for local services in Bournville, Cotteridge and Masefield. I’m proud that our Labour council has built more council houses than any other council in Britain, and has kept community libraries open.

Labour will build a better Bournville and Cotteridge. My priorities are to:

• fight for more affordable homes to rent and buy throughout the area;
• get more resources for our local police team;
• work with parents and teachers to protect our children’s education;
• reduce traffic congestion in Cotteridge so air quality improves;
• support the reopening of the Camp Hill rail line and press for cheaper bus fares;
• deal with fly tipping and make sure recycling rates improve;
• help Friends groups to protect our parks.

On May 3 please use both your votes for Labour in Bournville and Cotteridge to elect me and Fred Grindrod. A strong, ambitious Labour council will make Birmingham a city to be proud of again.

Some polling stations in Bournville and Cotteridge have changed. Please check your polling card before leaving home to vote!

This statement was added by Liz Clements, their team, or by a Democracy Club volunteer, based on information published by the candidate elsewhere.