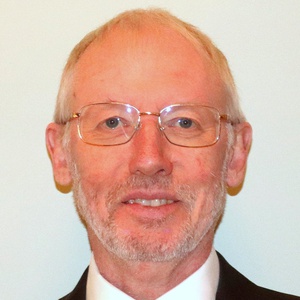 Martin Blake was the Green Party candidate in South Holland and The Deepings in the UK Parliament elections. Our volunteers have been adding information on Martin Blake - here's everything we know so far!

As a long-standing resident of South Holland and the Deepings who’s been campaigning here for years, I bring a wealth of local knowledge to the role of parliamentary candidate. I work with local community organisations, I’ve established my own ‘guerrilla garden’ and I’m not afraid to get my hands dirty (in any sense!)
In this low-lying constituency we’re especially vulnerable to the effects of climate change. Rainfall is projected to increase by at least 14% in south Lincolnshire, and after the last few months that already feels like an under-estimate. Rising sea levels threaten the very survival of some communities. The threat is real and urgent, and unless we turn things around by 2030 it will be too late to avoid catastrophe.
The Green Party believes that we urgently need to implement a Green New Deal based around the following principles:
1. Investing massively in renewable energy production, phasing out fossil fuels, ending fracking, imposing a Carbon Tax and improving energy efficiency to make our economy carbon-neutral by 2030 while creating millions of green jobs.

2. Overhauling our politics, introducing proportional representation so everyone's vote counts, replacing the House of Lords with an elected second chamber, and giving 16- and 17-year olds the vote.

3. Resolving the Brexit nightmare by putting the final decision back to the people. We're better-informed now about what Brexit will mean, and we know that Donald Trump has his eyes on our NHS. The Green Party would campaign to remain in a reformed European Union.

5. Tackling poverty by replacing our unfair benefits system, including Universal Credit, with a Universal Basic Income, payable to all UK residents.

We'll invest £100 billion per year in these measures. It's a lot, but the cost of failing to tackle the Climate Emergency will be much higher. Only the Green Party has the policies, and the will, to turn things around. We’ve always been on the right side of history. If ever there was a time to vote Green, it's now.

This statement was added by Martin Blake, their team, or by a Democracy Club volunteer, based on information published by the candidate elsewhere.

If you can add information that should be on this page - such as Martin Blake's CV, homepage, twitter account - please use our crowdsourcing website to add it.