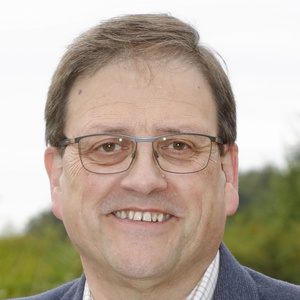 Jason Billin was the Liberal Democrats candidate in Rushcliffe in the UK Parliament elections . They got 9,600 votes. Our volunteers have been adding information on Jason Billin - here's everything we know so far!

"I will be a strong voice in parliament for all those in Rushcliffe who are committed to stopping Brexit. The withdrawal of the Brexit Party candidate in Rushcliffe shows that Boris Johnson's Conservatives and the Brexit party are now one and the same. In two years' time they will end up imposing an extreme Brexit when the transition period runs out. That will damage our local economy, public services and limit opportunities for our children and grandchildren. Without a strong Remain voice, Rushcliffe will be powerless to stop it.

The Liberal Democrats are the strongest party of Remain, and the only party standing in Rushcliffe committed to stopping Brexit. We topped the poll here in the European Elections and, with former MP Ken Clarke even suggesting he might vote Lib Dem, there is real anticipation as we launch our biggest ever campaign here. A vote for the Liberal Democrats is a vote to release the £50bn Remain bonus that will come from continued EU membership, money that we can invest in our public services to build a brighter future."

A long-term resident of the constituency, Jason has lived and worked in East Leake for 25 years. He is dedicated to serving his local community and to providing a strong voice in Westminster for residents. As a governor of a Rushcliffe primary school and former Scout leader, he is all too aware of the impact the Conservative Government's spending cuts have had on education, and on the prospects for young people in the local area.

Jason and his campaign team have been out speaking and listening to Rushcliffe residents on the doorstep for weeks before the General Election was called. They are hearing from voters who intend to switch to the Liberal Democrats on polling day because they feel the two old Parties are damaging the future and the reputation of the country. The Billin Parliamentary campaign is based on listening and learning from voters, asking them how best to continue the valuable work of pro-European Ken Clarke.

Despite their political differences, Jason respects the principled stand of Rushcliffe's former MP: "Ken Clarke was a dedicated and hard-working representative who was cast out of his own party while the local Conservative Association sat back and applauded. Mr Clarke has publicly said that he may vote Liberal Democrat and thousands of his former supporters look like they will do the same. Mr Clarke stood against the calamity of Brexit and I intend to carry on this fight."

When asked about his political opponents, Jason says: "Neither the Conservative nor Labour Party candidate is local to Rushcliffe. They were not even on the Electoral Register here when the election was called.

The Conservative contender previously stood in West Wales and has been parachuted into Rushcliffe with no understanding of the area. She also says she 'wants to get Brexit done'. Likewise, Labour have abandoned local councillor David Mellen in favour of a Corbyn candidate. Not a popular move from what I am hearing."

If elected, Jason has pledged to fight for Rushcliffe to receive:

* Better funding for local schools, including an emergency cash injection into the education system;
* Action to tackle the climate crisis, so that the country reaches net zero greenhouse gas emissions by 2045, with support for new businesses on sites like Ratcliffe-on-Soar;
* New housing that works for the people who move there and those already living nearby

This statement was added by Jason Billin, their team, or by a Democracy Club volunteer, based on information published by the candidate elsewhere.

You can meet candidates and question them at local hustings. Here are hustings where Jason Billin may be appearing.

If you can add information that should be on this page - such as Jason Billin's CV - please use our crowdsourcing website to add it.