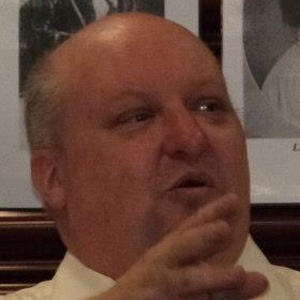 I am proud to be the official Labour Party candidate for the Scotter Rural ward in the forthcoming county council elections, and I would be honoured to serve my community as a county councillor.

I’m the only candidate living in Scotter Village, and only one other candidate lives anywhere in the ward. I have lived in Scotter for nearly 20 years, and before that I have always lived in a rural community.

As the son of a farm labourer, I know inside out the special requirements of a rural community. In the past I have experienced being unemployed and surviving on benefits, and I know it’s not the easy option portrayed by the media. In contrast, I have also been a Director of a Lincolnshire based multi-million pound farm machinery and groundscare business; I am currently self-employed. My wide range of life experiences, strong community ethic and staunch Labour values make me an ideal candidate to serve Scotter Rural Ward.

I believe that further cuts to public services must be resisted, particularly in a rural area such as ours. The need for austerity is a myth which serves only the richest 1% of our population, and it is unjust that the most disadvantaged in our society continue to pay the price for a banking crisis they did not create.

Before moving to Scotter I served my previous home community as a Parish Councillor, School Governor and trustee of various rural charities. I am currently involved in the Scotter Forward volunteer group and I’m on the committee of the Eau Community Centre. I am one of the volunteers keeping our library open each week, and I’m a committee member of my GP surgery’s patient participation group. I have trained as a volunteer NHS primary care chaplain for our area, and I also run or am involved in several other community initiatives and volunteer efforts.

I’m disappointed by the poor attendance record of our incumbent county councillor at the various sub-committees and county council meetings, as I believe that this fails to adequately serve the interests of our ward.

Come May 5th, please vote for Jon Harper as your new county councillor, so that Scotter Rural Ward can be served by someone who really understands the local issues facing us all. If elected, I promise to work to the best of my ability for each and every resident of our ward.

This statement was added by Jonathan Mark Harper, their team, or by a Democracy Club volunteer, based on information published by the candidate elsewhere.

If you can add information that should be on this page - such as Jonathan Mark Harper's CV, homepage, twitter account - please use our crowdsourcing website to add it.