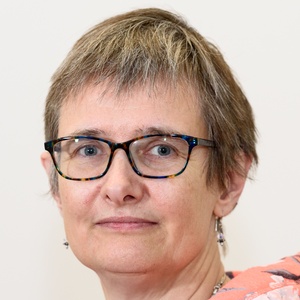 I don't live in Chesfield but I have driven, walked and cycled through it. I've lived and worked in areas on the edge of towns most of my life and come originally from Norfolk.

Recently on Twitter I listed five jobs I've had:-
1. Fruit picker
2. Saturday sales assistant
3. Fruit processer & packer
4. Computer programmer (App developer)
5. Senior Test Analyst
It would surprise many to learn that most of us have at some point done jobs which aren't intellectually challenging.

I work full time in IT fixing problems, and checking that changes done by others are correct.

I've always worked in a team, to solve problems and not only the IT variety. I helped to solve a motorcycle parking problem at an office where I worked even though it wasn't my responsibility. Everyone was listened to, ways and means discussed and communicated. What was done wasn't perfect, but it did the job.

We need our council to do the basics well. I would back any moves to review each contract as it comes up for renewal. We should see if it could be done better by directly employing those who do the work.

The inclusive brown, garden waste, bin service will probably not return in the short term but I would like to see the council look into providing a service similar to the Waste Electrical and
Electronic Equipment (WEEE) events; another useful service which has stopped; in Wood Side car park during peak pruning times in spring and autumn.

Our County Council is responsible for road safety
improvements, road maintenance, yes, potholes; unsafe paths and a safer, smoother way for the less able to get to those places they need to lead a full and active life.

You are all aware that the roads throught this ward are used as commuter routes from sourounding villages. Some who could use the main A roads chose not to as they are hoping for a more consistent journey time.

Cycling between Stevenage and Hitchin could I believe be made safer but this will take time and consistent effort.

I aim to build a good working relationships with our county councillor so these are tackled.

Planning, in several hustings and residents meetings it has become clear that due to central government policy it is too difficult for District Councilors to oppose housing planning applications. The most that can be done is to insist on affordable housing; in Herefordshire we all know this isn't really "affordable" add conditions such as electric charging points for cars, solar panels, better insulation, greener heating systems etc.

Vote Green on May 2nd. A green vote is not wasted; it is a way to get the main parties include environmental issues in thier disission making.

This statement was added by Mary Karin Marshall, their team, or by a Democracy Club volunteer, based on information published by the candidate elsewhere.

You can meet candidates and question them at local hustings. Here are hustings where Mary Karin Marshall may be appearing.

If you can add information that should be on this page - such as Mary Karin Marshall's CV - please use our crowdsourcing website to add it.