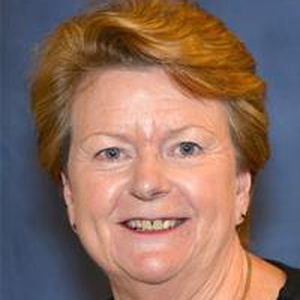 Jean Butcher was the Labour and Co-operative Party candidate in Northgate in the Canterbury local election. They were elected with 520 votes. Our volunteers have been adding information on Jean Butcher - here's everything we know so far!

Facebook
https://www.facebook.com/Labour-for-Northgate
The party's candidate page for this person
https://www.canterburylabour.org.uk/elections/jeanbutcher/
We don't know Jean Butcher's email address. Can you add it?

I have been a Labour Party member for over 30 years and joined a trade union when I started work as a Health Care Worker over four decades ago. My trade union, Unison, gave me the confidence and the skills to become a strong Labour women’s activist. I first got elected in 1999 as a City Councillor, then in 2001, I was elected as a Kent County Councillor. In 2015, I was elected as a Councillor for Northgate Ward. Almost four years have passed so quickly since then, and there is still so much for me to achieve. That’s why I am asking you to re-select me as one of your Northgate prospective Councillors.

As well as serving on the council, I am a trustee of the Northgate Community Centre, Member of Shopmobility and Fairtrade Canterbury. I served as a school governor at Canterbury Academy for ten years up until 2015. I am a member of UNISON’s National Executive.

As a Labour member I believe that through our common endeavour we achieve more than we achieve alone. I am proud to be part of this great socialist movement. We have a Labour MP now and it is time for Labour to take control of Canterbury City Council."

This statement was added by Jean Butcher, their team, or by a Democracy Club volunteer, based on information published by the candidate elsewhere.