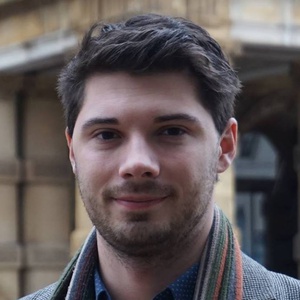 The Liberal Democrats and I offer the best chance to Stop Brexit, in Warwick & Leamington and nationally.

I believe in fair democracy, delivering a dynamic economy so that we can fund our public services such as the NHS and education, and tackle the climate emergency. The £50bn ‘remain bonus’ will allows us to do this.

I have been an active member of the community for over a decade, remaining local to the Midlands during my university education and into my professional life as a Structural Engineer. I have held an active role in the renewable energy industry, which has highlighted the importance of a sustainable future and the technology that's going to take us there.

My wife and I live near to Leamington Spa where I am a local councillor, fighting for local rights and services, opposing HS2, and tackling the climate emergency. I want to deliver on these as Member of Parliament for Warwick & Leamington.

This statement was added by Louis William McMaster Adam, their team, or by a Democracy Club volunteer, based on information published by the candidate elsewhere.

If you can add information that should be on this page - such as Louis William McMaster Adam's CV, homepage - please use our crowdsourcing website to add it.