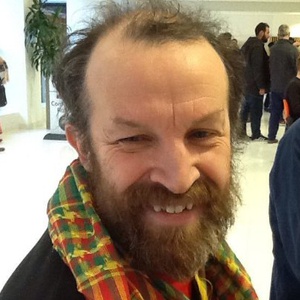 Derek Wall was the Green Party candidate in the constituency of Maidenhead in the 2017 General Election. Our volunteers have been adding information on Derek Wall - here's everything we know so far!

Mr Wall, who has previously stood as a candidate in Windsor three times, said: “Green politics is the politics of survival. Things like climate change and the destruction of rainforests, and air pollution, they threaten our lives. “We know Maidenhead has breached pollution levels for nitrous oxide.
“The key thing is I want to defeat Theresa May because, rather than being strong, she’s wrong. What she wants is a blank cheque to do whatever she wants on Brexit.” He said the Green Party wanted Britain to remain in the European Union, but respected the voters' decision. He said: “What we want is a referendum on whatever comes out of the negotiations.
When asked what key issues concerned residents in the area, he said: “Heathrow – every vote for me is a clear vote to reject Heathrow expansion". Mr Wall is also opposed to the return of fox hunting.
from http://www.maidenhead-advertiser.co.uk/gallery/maidenhead/115372/green-candidate-derek-wall-to-stand-against-theresa-may-in-maidenhead.html

This statement was added by Derek Wall, their team, or by a Democracy Club volunteer, based on information published by the candidate elsewhere.

Derek Norman Wall is a British politician and former member of the Green Party of England and Wales. He was the joint International Coordinator for the Green Party and stood against Prime Minister Theresa May as the Maidenhead Green candidate in the 2017 general election. Formerly the party's Principal Speaker, he is known as a prominent eco-socialist, campaigning both for environmentalism and socialism. Alongside his political role, Wall is an academic and a writer, having published on the subject of ecosocialism and the wider Green politics movement. He is a contributor to the Morning Star newspaper and a blogger.

If you can add information that should be on this page - such as Derek Wall's CV - please use our crowdsourcing website to add it.

If you've received election leaflets from Derek Wall, please take a photo of them and upload them to ElectionLeaflets.org