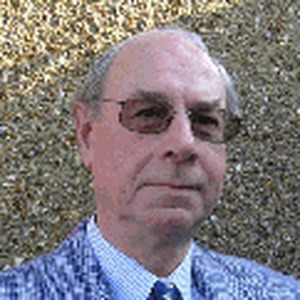 Norman Cutting was the UK Independence Party (UKIP) candidate in Birstall Wanlip in the Charnwood local election. Our volunteers have been adding information on Norman Cutting - here's everything we know so far!

Born in Hemel Hempstead, grew up in Berkhamsted until 2016, ran my own business locally, past member of the local Council (until the electorate saw what a mistake it was), contributor to the parish magazine, columnist/contributor to a fortnightly national trade magazine, past chairman of Hemel Hempstead Cine Society, past chairman of Mobile Radio Suppliers Association, past editor of the Berkhamsted Citizens Association newsletter (until they also realised what a liability I was), instigator of the first Town Council web site, instigator of the Citizens Associatons' first web site and involved in lots of other local things until it was discovered that was really was useless.

Oh, did I say I was a 'Brit'? You know, one of those strange creatures that inhabit a little island off the coast of Europe - I do have to keep remembering that the interweb is fairly international as we are very insular here, I mean, I don't have a passport, and just know that the whole world speaks English so why should I get involved? (told you I was useless!).

Currently residing in Wanlip (look it up) and getting to know the natives and the problems being faced. One of my recent successes was convincing our local Borough Councillor that we have a problem with rubbish and dog 'poo' on a footpath to Watermead via Wanlip Meadows, thus we now have a bin and, so far, fairly clear of 'bits'!

Next election 2019 (tried to get co-opted to Birstall Parish Council but they turned me down as I was 'too political'!)

This statement was added by Norman Cutting, their team, or by a Democracy Club volunteer, based on information published by the candidate elsewhere.