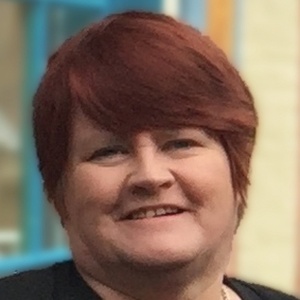 Lucy Hurds was the Liberal Democrats candidate in Hereford and South Herefordshire in the UK Parliament elections . They got 6,181 votes. Our volunteers have been adding information on Lucy Hurds - here's everything we know so far!

This election is about our future as a Country, the impact if we do not remain part of the single market and having a say on the final deal negotiated with Europe. It is also about our NHS, funding for local services, school budgets and our children’s and grandchildren’s futures.

I grew up in Ross-on-Wye and went to school at St. Joseph's in Ross, St Mary’s in Lugwardine and Hereford Sixth Form College. I am married to Jim and my three children were all born in Hereford, where they still live along with my three grandchildren. I am also a carer for my mother with Alzheimer's, so I am aware of many local health services.

I first became involved in politics when, as a concerned mother, I became aware of the lack of money for local schools. Since then I have led campaigns to improve education funding and the wider issues of under funding for our area. I have become a member of many local groups and charities across Herefordshire such as the RSPCA & NSPCC, as I feel that the best way to deal with issues is to listen to the people who are involved with or affected by them.

For 20 years, I have worked as a consultant for local small businesses, providing advice and support. I have also worked for Sun Valley Foods (Cargill), a local educational charity and a newsagent in Hereford.

If you have any questions about the campaign or policies or would like to help me in my campaign over the next few weeks, please contact me via any of the methods above. I hope to speak to and meet many of you during the campaign and will be in touch again soon.

This statement was added by Lucy Hurds, their team, or by a Democracy Club volunteer, based on information published by the candidate elsewhere.