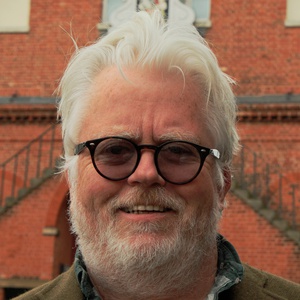 Eamonn O'Nolan was the Green Party candidate in Carlford & Fynn Valley in the East Suffolk local election. Our volunteers have been adding information on Eamonn O'Nolan - here's everything we know so far!

Eamonn O’Nolan has been selected as Green Party candidate for Suffolk Coastal.

Eamonn spends most of his week as a Volunteer First Responder with the East of England Ambulance Service, and is a Woodbridge town councillor.

Eamonn has pledged to make protecting local A&E services, improving the availability of quality schools in Suffolk, and securing a second referendum on membership of the EU the priorities for his campaign and, if elected, his work as an MP.

"Frustration has brought me here. As a First Responder, I see first-hand the effects of government cuts on people when they need help most."
"Every day and night, I see NHS workers battling with incredible determination and skill to save people’s lives, when the resources they should have at their disposal have been cut below survival level."

He added: "Sizewell C is a dangerous and unnecessary project.
You don’t have to be green to know that renewables are coming fast. By the time Sizewell comes online, the power it produces will be so unaffordable, it will be irrelevant.
In the 15-year construction process, the government will destroy the Suffolk countryside, tourism, livelihoods and wildlife, A destructive programme, with no justifiable benefits.
I want to stand up for Suffolk Coastal, against destructive policies which are just plain wrong."

Passionate about clean air and his surroundings, Eamonn vehemently opposes fracking, and is actively involved in the campaign against Sizewell C. He and his wife Catherine have seven children and their dog Luna.

This statement was added by Eamonn O'Nolan, their team, or by a Democracy Club volunteer, based on information published by the candidate elsewhere.