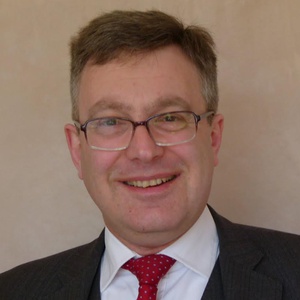 Simon Platt was the UK Independence Party (UKIP) candidate in Ashton in the Preston local election. Our volunteers have been adding information on Simon Platt - here's everything we know so far!

You can help me change the course of the country. Together we really can make a difference.

Please vote for me to be your next MP. You will be voting for a Proud Prestonian who knows Preston well and who cares for Preston and for Britain. I believe in a prosperous future for my home town and my country. Like most Prestonians I supported Brexit in last year’s historic referendum. I am the only candidate in Preston who has always believed that Britain has a brighter future as an independent country.

Only a vote for me, your local UKIP candidate, is an unambiguous vote of confidence in Britain’s future outside the EU. UKIP say we should not pay to leave the EU and should not continue to pay the EU after we have left. We should control our own fishing waters. We should be able to control immigration from the EU. We should begin trade negotiations as an independent country. Did you know that in April Labour, Conservative and Liberal Democrat MEPs voted against these proposals? That’s right – they voted against the clear national interest! (Source: http://www.europarl.europa.eu/plenary/en/votes.html)

We shall have a Conservative government after the 8th of June, probably with an increased majority. Nothing that happens in Preston will change that. As your MP I will support that government when it acts in the national interest and oppose it, vigorously, when it acts against the interests of Britain and of Preston.

And this election is not just about Brexit. Conservative, coalition and Labour governments have served Preston poorly. Young people are being let down. Adult social care and the NHS are in crisis. Police stations and post offices are closing. Fulwood Barracks is closing. Our defence industry is not valued enough. Our energy bills are artificially high. All this is due to the policies of the three old parties. UKIP opposes these policies, and I oppose them. We stand for revitalisation: of trade, of education, of defence. We stand for security: secure borders, secure energy supply, security of strategic industries. We stand for community, for local empowerment, for democracy. That’s why I’m standing for Preston, and that’s why I ask you to vote for me.

This statement was added by Simon Platt, their team, or by a Democracy Club volunteer, based on information published by the candidate elsewhere.