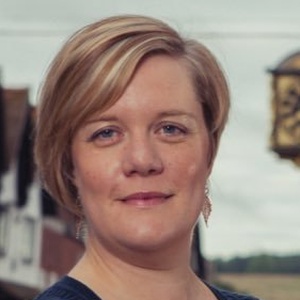 Zöe Franklin was the Liberal Democrats candidate in Guildford in the UK Parliament elections . They got 22,980 votes. Our volunteers have been adding information on Zöe Franklin - here's everything we know so far!

Zöe grew up in Farnham and moved to Guildford eighteen years ago. Since then she's always been a champion for local people, has constantly been involved in working in the community and was a Guildford borough councillor for seven years. She's a school governor and lives in Guildford with her husband and two children.

THREE REASONS TO VOTE FOR ZÖE ON 8TH JUNE:

1) KEEP BRITAIN IN THE SINGLE MARKET
Liberal Democrats respect the outcome of the June 2016 referendum but still believe Britain's best chance to succeed is within the EU. We want to keep Britain in the single market and give the British people the final say on accepting or rejecting any Brexit deal in a referendum.

As MP, Zöe will fight to keep the UK in the single market and customs union in order to project British jobs and our standard of living. She will stand up for the majority of people in Guildford constituency who oppose the government's plans for an extreme Brexit and will fight for their views in parliament.

2) SAVE THE NHS AND SOCIAL CARE
The NHS and social care services are in a state of crisis as a result of chronic underfunding. Stroke services are already set to be taken away from the Royal Surrey County Hospital and things will only get worse.

The Liberal Democrats will protect these vital services - funding them sustainably, supporting and valuing health and care workers, and joining up health and social care - so people are able to live well at home.

We will put a penny in the pound on income tax to give the NHS and social care services the cash they desperately need.

We'll also make sure that waiting times for mental health care match those for physical health care, limit the amount elderly people have to pay for social care and set up a cross-party commission to develop a long-term funding settlement which will preserve our health care system for future generations.

3) PROTECT OUR SCHOOLS
Education is at the heart of what Liberal Democrats stand for. Every child deserves the best start in life. But right now our schools are threatened by Conservative cuts of more than £300 per pupil.

Zöe is fighting to defend local schools and the Liberal Democrats are committed to investing £7 billion extra in children's education, so that no school loses money per pupil in cash terms. We'll also triple the Early Years Pupil Premium to £1000 to give children from disadvantaged backgrounds the best start in life, and we'll oppose new grammar schools and give local authorities proper control over admissions and new schools.

This statement was added by Zöe Franklin, their team, or by a Democracy Club volunteer, based on information published by the candidate elsewhere.

You can meet candidates and question them at local hustings. Here are hustings where Zöe Franklin may be appearing.

If you can add information that should be on this page - such as Zöe Franklin's CV - please use our crowdsourcing website to add it.