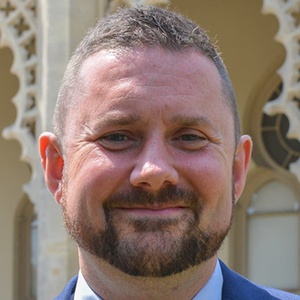 In just under two weeks we will know the outcome of the council election. Against the backdrop of broken Westminster politics, it’s clear that the political landscape has changed.

Who could have predicted that a city renowned for its warm welcome would be plunged head first into Brexit? Or, despite our city’s spiralling housing crisis, that the Labour chair of housing would defect to the Tories, almost handing them control of the council?

With Tory Brexit chaos and Labour consumed by infighting that has left them incapable of delivering their pledge to ‘get the basics right’, many agree with us it’s time for a positive change.

Our Green plan for our city puts our communities and environment first.

It builds on the hard work of reliable, radical and Remain councillors.

In opposition we have already done much to protect our special city – from stopping sale of the Downland and Hove Library under Labour, pushing for lower rents and genuinely affordable homes, investing in preventing the climate crisis and reversing damaging cuts. Looking to the future, we want to prioritise housing need and boost funding for schemes that work to end rough sleeping, like Housing First.

We want to build at least 600 more council houses and have found the funding to do so. We want to address the waste, dirt and grime that has become commonplace in our city centre from four years of a Labour Council.

We want to tackle restrictive recycling contracts head on, so that we can stem the tide of plastic waste. Having made our council the first to endorse a People’s Vote, we will continue to speak out against Brexit and reject plans to sell off our public services.

Greens are ready to stand up and lead Brighton and Hove. Despite Labour deploying scare tactics, there are whole chunks of our city where there haven’t been Conservative councillors for over 30 years. So vote for what you believe in, not what you’re afraid of. And if you share our vision for positive change and a fairer, greener, compassionate city – vote Green on May 2.

This statement was added by Phélim Mac Cafferty, their team, or by a Democracy Club volunteer, based on information published by the candidate elsewhere.

Phélim Mac Cafferty's local party is the Green Party of England and Wales.

You can meet candidates and question them at local hustings. Here are hustings where Phélim Mac Cafferty may be appearing.

If you can add information that should be on this page - such as Phélim Mac Cafferty's CV - please use our crowdsourcing website to add it.