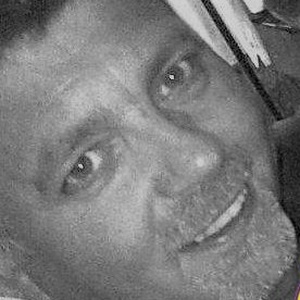 Darryl Magher was the The For Britain Movement candidate in Wednesbury North in the Sandwell local election. Our volunteers have been adding information on Darryl Magher - here's everything we know so far!

About me: Born and bred a “Black Country Mon” spending my years being brought up in Sandwell. I attended school and college here and spent many years at what was the Management Division in Wednesbury studying Accounts, Law and Management.

My working career has seen me employed as an Office, Sales, Marketing and Project Manager working with a Public Limited Company. Unfortunately illness brought about an end to my full corporate involvement although I do keep an interest in aerospace, engineering, forging, foundry, metalworking and our heritage industries.

I have over a number of years been involved in many aspects of the third sector and have been a voice for many within communities across the borough that have felt they have not been heard.

Over the years I have been a Community Ambassador with Sandwell Council, a volunteer with the Primary Care Trust (PCT), a member of the Independent Advisory Group (IAG) with the Police, a member of the Clinical Commissioning Group (CCG) Patient Network and a Public Health advocate. I have been Vice Chair of a Housing Area Panel, Chaired various community groups, Chaired a Patient Participation Group and been part of policy development groups and meetings across all authority bodies.

Why I want to be your Councillor: I am passionate about community matters and I am tired of our voices not being heard. Recently I have been part of a team that has put in to the public domain matters of real concern that have raised allegations of wrongdoing, corruption and misuse of public money. I was instrumental in the Wednesbury BID being declared null and void due to irregularities. The BID is a levy on businesses and would create extra bureaucracy that is not needed. Some BIDs have been used by some to try and hide business activities. A Community Interest Company (CIC) is often set up and the CIC would be outside of the scope of the Freedom of Information Act.

This statement was added by Darryl Magher, their team, or by a Democracy Club volunteer, based on information published by the candidate elsewhere.