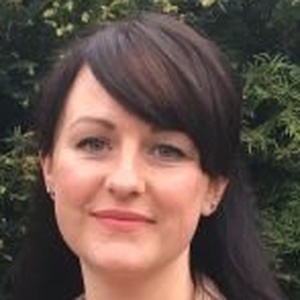 Lola McEvoy was the Labour Party candidate in Penrith and The Border in the 2017 General Election. Our volunteers have been adding information on Lola McEvoy - here's everything we know so far!

There is a clear choice between Labour and Tory at this election – do you want a sink or swim society – or do you want a society where we’re all valued, supported to get be the best we can be and we look out for each other?

I’m standing for Labour in Penrith and the Border to offer people a real choice for the future of our country.
Labour – as they always have – stand for working people who want a fair crack of the whip, while the Tories are hell bent on cutting our services to the bone without a second thought for those who use and work in them.

Labour has a great record in Government, we introduced the minimum wage, lifted many children out of poverty, improved our schools and saved our health service – when Labour left government in 2010 Patient Satisfaction in our NHS was at a record high – sadly that isn’t the case anymore.

Theresa May called this election because she’s confident of a landslide victory and despite promising that she wouldn’t, she couldn’t resist it - like a Tory on a fox hunt she knew the odds were in her favour. Well it hasn’t all gone to plan – she’s had to U-turn on her contemptuous social care policy because it hit her core voters – revealing her as weak and unstable on our issues that require compassion.

I’ve made a career working with communities and helping to get a fairer deal for those who use our services – always fighting for a seat at the table when decisions are being made that affect us. Under Labour Brexit will be negotiated by Sir Keir Starmer – a top QC with a track record of winning big law suits against the odds. Mr Starmer will fight to negotiate a Brexit that works for us not one that gambles with our hard-fought rights and creates a race to the bottom.

I will stand up in parliament for ordinary people like me, who believe that everyone deserves a job that pays enough to live on, a decent school for their children to get the best start in life and services that work when things go wrong.

Labour has a bold and fully costed manifesto for this election – we’ll sort out social care, improve the education system and rescue the NHS using extra taxation for the top 5% to pay for it. We’ll also increase our corporation tax for big businesses to 26% - still less than it was in 2010 and below the weighted global average.

Here in Penrith and the Border cuts to schools will mean fewer teachers, fewer support staff and fewer opportunities for the next generation. I’ve spoken to parents and teachers alike who are genuinely worried about the future for their children growing up under the Tories.

I’m standing for Labour because we offer a brighter alternative for everyone in our society – there is a choice between another round of brutal cuts or a society where everyone can get on – not just those privileged few.

This statement was added by Lola McEvoy, their team, or by a Democracy Club volunteer, based on information published by the candidate elsewhere.