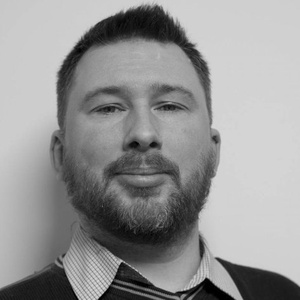 Andrew Johns was the Green Party candidate in Walthamstow in the UK Parliament elections. Our volunteers have been adding information on Andrew Johns - here's everything we know so far!

Environmental concerns are at an all-time high with weekly protests and strikes, but voting is just as important. Yet politicians show no consistency on the environment; declaring climate emergencies while backing airport expansion, fracking, tree-culling, new incinerators, and more.

Voting Green shows politicians that they must follow up climate emergency declarations by putting the environment at the heart of ALL policy-making.

That means immediate and transformative investment in climate action. We propose £100bn a year to tackle the climate emergency, a figure that will be dwarfed if we don’t act decisively. A true Green New Deal, tax reforms and eco-subsidies will create new jobs, increase tax returns, and lower energy bills for everyone.

I back a People’s Vote, and would again campaign to remain in the EU, but we also need to fix the democratic and socio-economic problems that led to Brexit in the first place.

Homes: We will build 100,000 energy-efficient homes every year for social renting.
Health: Reverse cuts to services and cut private sector involvement. Provision of dentistry, prescriptions and increased mental health services on the NHS.
Education: Abolish Ofsted and restore local authority control over education.
Welfare: Introduce a universal basic income to replace the benefits and tax system.
Jobs: Tackle zero-hour contracts and unpaid internships, and reduce the gap between the best and worst paid with pay ratios in organisations.
Transport: Invest £15bn a year in a "sustainable transport revolution" and give local authorities more power over bus and local train services.
Crime: End the prohibition of drugs and create a system of legal regulation. Treat serious youth violence as a public health crisis.
Democracy: Introduce Proportional Representation so that we no longer undergo pressure to vote tactically or to enter political pacts.

I grew up in Walthamstow, where I lived for 27 years before moving to Chingford. Three generations of my family have called Walthamstow home, going back to the 1910s.

I’m a 39-year-old father of two, and a web developer for an IT consultancy. Since joining the Greens in 2014, I’ve been an active and committed party member, becoming joint coordinator in my first year of membership. I’ve been active in local campaigns on housing, education, cuts to local services and air quality over the years.

I am honoured to be the Green Party candidate for Walthamstow. As my home town, I have seen how much it has changed over the years. I’ve seen my old school demolished and replaced by an Academy, as have many other schools in the area. I’ve seen the bus centre built and rebuilt more than once, and the roads around it re-modelled multiple times. I’ve seen communities destroyed in the name of progress, social housing stock reduced, and primary schools turning from one or two form entry into three and four form entry. I’ve seen green spaces and recreational land reduced to make way for even more housing, but without the necessary infrastructure to support it.

But I’ve also seen how much remains the same. Walthamstow is still a lively place to live, full of diversity and always evolving, just as – my older family say – it has been since before I was even born. The market is as busy as it was when I was a kid, it’s still quicker to walk sometimes than get a bus, and we’re still producing brilliantly talented people in all areas of sport, art, science, business, music and more.

I grew up in a council house with parents on benefits, an experience which taught me the value of social housing, and the importance of local services to low-income families. Now privately renting, I’m acutely aware of the rising cost of housing and the effect it has on the people in the area.

In many areas of Walthamstow, we’re seeing renters forced to move due to ever-increasing rents or landlords selling their buy-to-let properties. Social housing tenants being moved on, in some cases forced beyond Waltham Forest and away from friends and family. In some areas, we have incredible resident groups, but in others, we’re losing a sense of community.

I raise this because we can’t solve the environmental crisis and create a sustainable planet without also tackling social and economic problems, and Walthamstow, for all its great points, still has its fair share of those to deal with.

Greens have a clear vision of the future, not just environmentally, but economically and socially. Bold long-term holistic planning in a political world dominated by short-term thinking and gamesmanship. It’s time other parties caught up.

On 12th December, vote for a party that says YES to Europe, and NO to Climate Chaos.

This statement was added by Andrew Johns, their team, or by a Democracy Club volunteer, based on information published by the candidate elsewhere.

If you can add information that should be on this page - such as Andrew Johns's CV - please use our crowdsourcing website to add it.