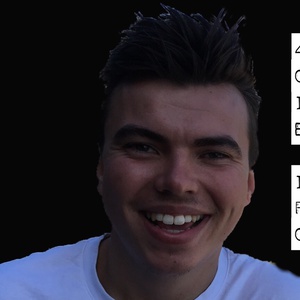 Kieron Wilson was an independent candidate in Muscliff & Strouden Park in the Bournemouth, Christchurch and Poole local election. They were elected with 2,129 votes. Our volunteers have been adding information on Kieron Wilson - here's everything we know so far!

I'm running independently to be the next MP of Bournemouth East. This is my page where I will be keeping you updated on my polices and my campaign.

Since 1974, when the constituency of Bournemouth East was formed there has been only 3 MPs all from the Conservative party.

I believe that this should change, just like Bournemouth has changed since 1974.

Bournemouth has grown dramatically in those 43 years, we are a much more open and cosmopolitan town now. And the demographic is steadily getting younger in age.

Whilst it is very important not to forget about the older generation, it is as equally important that young people in this town get their voices heard.

Something which I believe isn't happening under the Conservative party, and won't happen whilst they are in power.

Over the Next few weeks I will publish a list of my policies and intentions, both for Bournemouth and how I see the UK should be run.

In the meantime if you would like to ask any questions, or are interested in helping my campaign then please get in touch.

With only a few weeks before the election any time or contribution you could give would be a help. However I will gratefully accept your vote!

This statement was added by Kieron Wilson, their team, or by a Democracy Club volunteer, based on information published by the candidate elsewhere.

If you can add information that should be on this page - such as Kieron Wilson's CV, homepage - please use our crowdsourcing website to add it.

If you've received election leaflets from Kieron Wilson, please take a photo of them and upload them to ElectionLeaflets.org