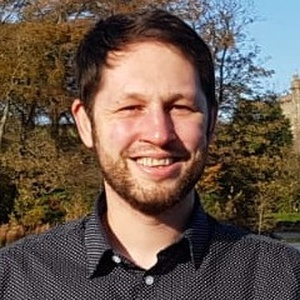 Ewan McRobert was the Liberal Democrats candidate in East Kilbride, Strathaven and Lesmahagow in the UK Parliament elections . They got 3,760 votes. Our volunteers have been adding information on Ewan McRobert - here's everything we know so far!

The party's candidate page for this person
https://www.libdems.org.uk/ewan-mcrobert-ppc
Favourite biscuit
“Jaffa Cake”
We don't know Ewan McRobert's email address. Can you add it?

My first real political act was to join the march against the Iraq war in 2003. The leader of the Liberal Democrats at the time, Charles Kennedy, very eloquently made the case against war. Unfortunately, he was almost a lone voice, though I think most people would agree with the benefit of hindsight he was correct.

Now for the first time in my life, I’m standing for an election to parliament when again the Liberal Democrats are going against the grain by making the case for staying in the EU. Again I think they will be proven correct with the passage of time.

We haven’t even left yet and the value of the Pound has plummeted. If trade barriers are introduced due to a hard Brexit the cost of living will skyrocket.

That’s why in this divisive time I had to be counted. I’m proud to be representing the Liberal Democrats, a positive party of inclusion.

I feel I’m better qualified than most MPs to understand issues relating to technology, an increasingly important part of life. I have a degree in Computer Games Technology from Dundee, and after graduating I became a web developer. In my career I’ve worked for large prestigious companies such as Hilton Hotels and the Herald Newspaper as well as small open source companies.

I was strongly against both incarnations of Theresa May’s “snoopers charter”. The Liberal Democrats once again appear to be the lone correct voice on the dangers of this intrusion.

As an IT professional I would have recognised the danger of the NHS using unsupported versions of Windows XP due to budgetary constraints, a decision that resulted in our hospitals being held to ransom. As an MP I would advocate for measures to protect against such attacks.

If elected I will be a passionate voice for a liberal, tolerant and united Britain.

This statement was added by Ewan McRobert, their team, or by a Democracy Club volunteer, based on information published by the candidate elsewhere.