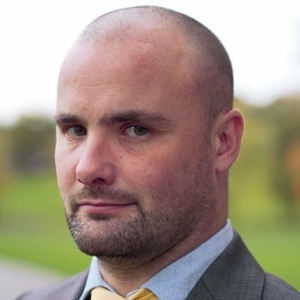 Jon Hannah was the Liberal Democrats candidate in Leeds North East in the UK Parliament elections. Our volunteers have been adding information on Jon Hannah - here's everything we know so far!

My name is Jon Hannah and I am standing at the General Election in Leeds North East for the Liberal Democrats.

I moved to Leeds North East in 2002 living first in Moortown and then settling in Chapel Allerton where I live with my partner and our children, three of which are currently at school in Roundhay.

I think that Leeds North East is one of the best areas to live in the country, its ability to bring together diverse communities in a small area where each maintains its distinctiveness yet is valued as part of the whole. Being able to attend such differing and superb events as the various art festivals and the West Indian Carnival within easy walking distance from my house is a real privilege and surely hard to replicate anywhere else.

I have spent most of my working life in public service, initially in the Ministry of Defence, but since moving to Leeds I have worked at senior levels in the Department of Health and NHS. This has given me an important insight into the current plight of our service and the damage that has been done to it by the Conservative Government.

I have been part of and led teams that were responsible for a wide range of work including the Mental Health Act, Equality Act, Social Care Act, Increasing Access to Psychological Therapies, Reducing Accident and Emergency Waits and many others. This breadth of knowledge and experience allows me to be a powerful advocate for the NHS and the changes that are needed to save it.

I left my role as Head of Improvement Science in NHS England last year deflated that having spent over a decade working to enhance the quality and experiences in healthcare I was increasingly spending time trying to mitigate the damage that was being done rather than improve care.

My life was saved by the NHS when I was younger and a lot of my enjoyment came from knowing that I was repaying that debt. This commitment remains but I believe that I can now do more from outside the NHS to challenge and improve it than I would be able to within the system.

I am a proud and unapologetic European, believing that the way in which different cultures enrich our society is amongst the best things about our modern UK. The wave of nastiness and division that has emerged post-referendum has shocked me into taking action. I do not believe that this represents our country and am committed to doing something to Change Britain's Future.

I fully endorse the Liberal Democrats policy calling for a second referendum on the deal that is agreed with the EU. First and foremost this is because I believe in the importance of Parliament in the process, it is essential that they guide the process for it to have any legitimacy and ultimately it must be the nation that decides if their Government has done a good enough job.

This statement was added by Jon Hannah, their team, or by a Democracy Club volunteer, based on information published by the candidate elsewhere.

If you can add information that should be on this page - such as Jon Hannah's CV, homepage - please use our crowdsourcing website to add it.