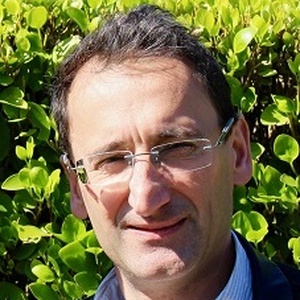 Alan Beal, a former Convenor of Edinburgh South LibDems, works as an Energy Consultant. He has lived in Edinburgh for 18 years. The focus of his working life has been energy efficiency – in his 20s and early 30s he worked for voluntary organisations and charities, then worked for private companies. He is a passionate believer in the European and UK Unions, and believes that they are best way of ensuring the prosperity and well-being of people in Edinburgh South.

He has been on a number of Boards of organisations such as Street Pastors, Scottish Solar Energy Group and Right to Warmth Campaign.

Working and living as Project Leader in a night shelter in London, working with the fuel poor in Aberdeen, and meeting people on benefits on the streets of Edinburgh have been some of the key driving forces behind Alan's involvement in politics. He believes that the Lib Dems are the best party to bring equity and fairness to all, regardless of background, as well as a strong public sector and a prosperous commercial sector, with equality of tax.

Alan believes that voting for the LibDems in this election is the only way of giving people of the UK a final say on the eventual European Union deal, and to send a message to the SNP that we do not want a second Scottish referendum.

This statement was added by Alan Christopher Beal, their team, or by a Democracy Club volunteer, based on information published by the candidate elsewhere.

If you can add information that should be on this page - such as Alan Christopher Beal's CV - please use our crowdsourcing website to add it.

If you've received election leaflets from Alan Christopher Beal, please take a photo of them and upload them to ElectionLeaflets.org