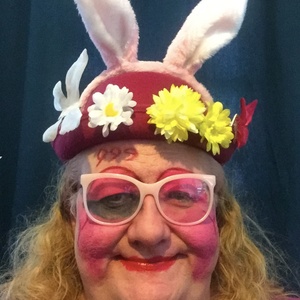 Dear Friends, Our primary issues in this election campaign are DIRECT DEMOCRACY and cutting MPs pay. Both of these are achievable even with only one candidate. When I am elected I will start THE DIRECT DEMOCRACY PROJECT to allow Blaydon constituents to vote directly in parliamentary voting. This will be explained more on our party website and can be started immediately to allow direct voting within only a couple of months. The idea simply is to set up a secure online ballot giving every registered voter an account and password and security number which will allow them to vote in a constituency ballot concluding a day before the parliamentary ballot box takes place. Whatever the result of this ballot YES or NO will be how I then vote In the parliamentary ballot.

I will vote for my constituents based on this ballot

Even against my own political views.

For example I personally would abolish the monarchy

with a turnout of

voters I would vote NO in parliament regardless of my own political views.

I will be in parliament to represent my constituency voters, all of them, I am there to represent their views not My own personal ones and I can think of no better way to do this than DIRECT DEMOCRACY as explained above.

The other primary goal is to cut MPs wages.
This will be done by myself upon election, immediately
I will be unable to cut the salary of all MPs but I will cut the pay of one MP, myself.

We also propose a Basic Income Grant which we set at £19,000 per year.

Until the parliament votes to reduce the salary down to £19,000 salary plus £19,000 basic income grant for those MPs with no other income.

I will accept the parliamentary salary of £76,000
per year
but will remove
£38,000
of this which will be given to charity. The constituents in Blaydon will be able to vote on which charities this money will be donated to. This will continue throughout my time in parliament as your MP.

I will work for transparency of finances. I say ALL MPs should declare publicly their household income, Including From spouses etc and others in their home.

MPs finances should be completely transparent even their private finances.

I will work to completely BAN all types of offshore accounts held by British Citizens
Including any foreign spouses.

I will work to the goal of recovering the £3.4TRILLION of unpaid TAX stolen from the exchequer for the last ten years including by seemingly "Legal" loopholes.
By corporations, companies and individuals. Where major tax fraud is discovered I will work to ensure that the corrupt businessmen/women and bankers and accountants etc go to prison for a long time. I will also work toward confiscation of their assets as proceeds of crime. Their will be no distinction between tax evasion and tax avoidance with loopholes closed and laws acting retroactively all evasion/avoidance will become FRAUD and subject to criminal prosecutions.

This statement was added by Lisabela Zxywhiddm Marschild, their team, or by a Democracy Club volunteer, based on information published by the candidate elsewhere.

If you can add information that should be on this page - such as Lisabela Zxywhiddm Marschild's CV, email, homepage - please use our crowdsourcing website to add it.