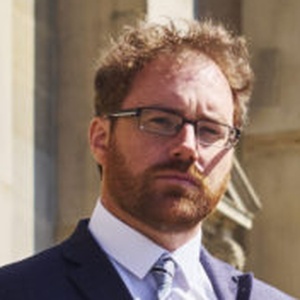 Graham Hughes was the Liberal Democrats candidate in Knotty Ash in the Liverpool City Council . They got 264 votes. Our volunteers have been adding information on Graham Hughes - here's everything we know so far!

“Let’s not take our country back. Let’s take it forward.”

I’m Graham Hughes; adventurer, presenter, director, author and Guinness World Record holder. For the last three years I’ve been living off-grid in the jungles of Central America, but now I’m back and standing for parliament. Why?

Unlike our current MP, I was born in Liverpool and grew up in West Derby. I attended Blackmoor Park School, I sang (badly!) in the church choir at St Mary The Virgin in West Derby Village and was a boy scout with 17th Fairfield on Meadow Lane.

I worked every Saturday at my dad’s garage on Muirhead Avenue and swam every Sunday with the Everton Swimming Association at St Eddie’s pool (which was always freezing). I cycled down the Ralla before it was a cycle track and played army in the long grass on what is now the flood-lit football field next to Cardinal Heenan.

I went to Blue Coat and left with A-Levels in Politics, History, English and General Studies before going on to study Politics and Modern History at Manchester University, graduating in the year 2000 with a 2:1 BA Honours degree.

After leaving university I moved to Orrell Park and set up a successful video production company, first based in Dale Street and then in the Baltic Triangle (before it was cool). I got to work with many of Liverpool’s favourite musicians and actors and won competitions with the micro-budget short films I put together with my friends and family.

In 2009 I set off on a quest to become the first person to visit every country in the world without flying. I did it alone, without any professional support and on a shoestring budget, filming an eight-part TV series along the way for Lonely Planet, National Geographic and the BBC. It took me over four years, but my achievement set two brand-new Guinness World Records, both of which remain unbroken.

Soon afterwards I took part in a Survivor-like gameshow in America, which I won. The prize was a 2.2 acre private island in the Caribbean, just off the coast of Panama. I named it “Jinja Island” and opened it to anybody who wanted to stay.

For the past three years I’ve been surviving on solar power, rainwater collection, fish, coconuts and occasional trips to the mainland for beer.

In February I wrote to my elected representative, Stephen Twigg, explaining that if he failed in his job of opposing the government and voted to allow the vile and corrupt Tories to trigger Article 50 without any protections for British citizens living in the EU or EU citizens living the UK, I would stand against him in the next election.

And unlike most politicians, when I say I’m going to do something, I damn well do it.

I will not stand idly by while the United Kingdom of Great Britain and Northern Ireland stumbles eyes-open into the void, a lonely and forgotten backwater, a shadow of its former self, closed off to the world.

History is there to be studied, not to be repeated. It’s time for us to build a better future for everybody, not just the privileged few.

Have a read through my website, it’s my manifesto.

This will be the start of something unprecedented in the UK. Let’s do this.

This statement was added by Graham Hughes, their team, or by a Democracy Club volunteer, based on information published by the candidate elsewhere.

Graham David Hughes is a British adventurer, filmmaker, television presenter and Guinness World Record holder. Hughes was the first person to visit all 193 United Nations member states and several other territories across the world without flying. He did so over a period of just over four years and officially completed the task at the end of January 2013.

If you can add information that should be on this page - such as Graham Hughes's CV, email - please use our crowdsourcing website to add it.